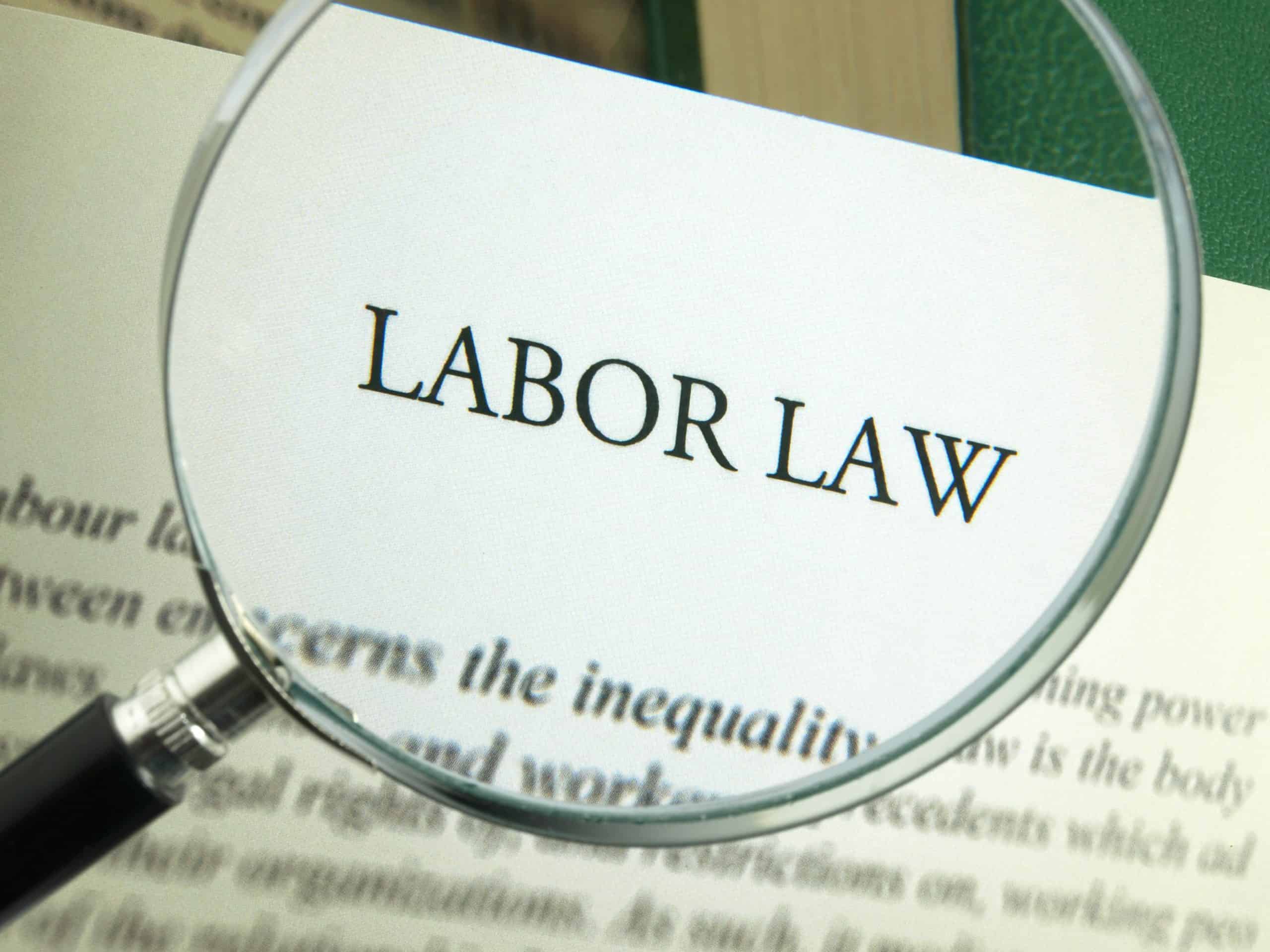 Among the many reasons behind the recent failure of Amazon warehouse workers in Bessemer, Alabama, to form a union was their employer’s intimidation tactics about what a union would mean for workers. The Retail, Wholesale and Department Store Union (RWDSU) in its response to the disappointing vote against unionization released a statement saying, “Amazon interfered with the right of its Bessemer, Alabama employees to vote in a free and fair election.” RWDSU Union head Stuart Appelbaum claimed that the retail giant “required all their employees to attend lecture after lecture, filled with mistruths and lies, where workers had to listen to the company demand they oppose the union.”

Although the National Labor Relations Act of 1935 protects the right of workers to collectively organize without fear of retaliation from employers, most of Amazon’s tactics were technically legal. With a nearly endless source of money to fund its barrage of misinformation and fearmongering, Amazon will likely manage over and over again to convince its workers that unions, not management, are their enemy.

While several unions represent Amazon’s European workers, no group of Amazon workers in the United States has thus far managed to win the right to unionize, suggesting that there is something unique about our approach to labor organizing that stands in the way. And, in legal challenges, the US Supreme Court has often sided with corporations over workers. Given the court’s current conservative dominance, this is unlikely to change.

Fortunately, there is a solution. The US House of Representatives in early March passed the Protecting the Right to Organize (PRO) Act of 2021, which, among other things, would make it much harder for companies like Amazon to misinform their workers. The PRO Act, which has been introduced several times before, “makes it an unfair labor practice to require or coerce employees to attend employer meetings designed to discourage union membership.”

Maurice Mitchell, national director of the Working Families Party and a leader in the Movement for Black Lives, explained to me in an interview that “if the PRO Act was law today, it would mean that some of the union-busting tactics that Amazon is employing around the country would be illegal.”

The PRO Act would also upend the so-called “right-to-work” laws in many states around the country, including Alabama, that Mitchell calls “horribly regressive.” One might imagine based on the name that such laws ensure workers have the right to employment. If only that were so. Instead, “right-to-work” laws, deliberately named so as to confuse workers, are part of an aggressive GOP-led push over the past decade to undermine the financial power of unions by making it illegal for unions to mandate dues.

The US Chamber of Commerce, which for years has championed “right-to-work” state laws, calls the PRO Act “a litany of almost every failed idea from the past 30 years of labor policy,” as if the Chamber was ever concerned about the interests of labor. Warning that if passed it would “undermine worker rights, ensnare employers in unrelated labor disputes, disrupt the economy, and force individual Americans to pay union dues regardless of their wishes,” the Chamber pretends to care about workers rather than corporate profits..

In the fantasy world of the organization, there are two forces vying for dominance: earnest corporations versus “Big Labor.” Such a narrative invokes an Orwellian vision of benevolent corporations and the Chamber of Commerce stepping in to gallantly defend vulnerable workers from tyrannical unions. In fact, the only time pro-business institutions and conservatives ever appear to care about protecting workers’ rights is when workers are on the verge of actually winning more rights.

One basic fact throws cold water on the anti-union claims of “Big Business” and its allies: unionized workers—even though there are fewer of them thanks to anti-union efforts—make significantly more money than non-union workers.

According to Mitchell, the PRO Act is, in a nutshell, about “creating a level playing field for workers to be able to organize their labor.” He offered a more accurate depiction of our current economic reality: “Organized capital has captured government, and in many ways captured our lives. This [PRO Act] allows us to use the only thing that could counterbalance organized capital: organized labor.”

For years, US labor organizations have thrown unconditional support behind the Democratic Party and had little to show for it as unionization levels have fallen precipitously. It is no coincidence that as unions shrank, wealth and income inequality rose. In backing the PRO Act and doing all it can to pass it into law, the Democratic Party can prove it is truly a friend of organized labor, and by extension, American workers. AFL-CIO President Richard Trumka called the bill “a game changer,” and asserted that “[i]f you really want to correct inequality in this country—wages and wealth inequality, opportunity and inequality of power—passing the PRO Act is absolutely essential to doing that.”

After all, as Mitchell said, the left has “won the debate over neoliberal capitalist policies,” and even President Biden openly admitted as much during his recent address to Congress. “[T]rickle-down economics has never worked and it’s time to grow the economy from the bottom and the middle out,” said Biden in a surprising pronouncement.

So far, there are hopeful signs as all but one of the House Democrats voted “yes” on the bill (Texas Representative Henry Cuellar voted “no,” citing Republican talking points about supporting his state’s “right-to-work” law and claiming without evidence that the PRO Act would destroy thousands of jobs).

President Joe Biden, who overtly expressed support for the unionizing efforts among Amazon workers in Alabama, also urged the passage of the PRO Act in his address to Congress. He said in clear terms, “I’m calling on Congress to pass the Protect the Right to Organize Act—the PRO Act—and send it to my desk so we can support the right to unionize.”

Mitchell explained to me, “We have a limited window for us to create the type of transformative change that is on the agenda that so many people voted for,” referring to the two-year period in which Democrats control the White House and both chambers of Congress before the 2022 midterms potentially change the equation. With the House passage of the PRO Act and the White House signaling it fully supports the bill, it falls into the purview of one of the most undemocratic branches of government—the U.S. Senate—to pass this critical bill.

So far 45 Senate Democrats and two independents have signaled support for the bill. This number surprisingly includes Sen. Joe Manchin of West Virginia, who has emerged as an obstacle to other progressive-leaning bills but who was apparently convinced by the PRO Act. Now, only three Senate Democrats remain on the fence: Virginia’s Mark Warner and both of Arizona’s senators, Mark Kelly and Kyrsten Sinema.

A large coalition of labor organizations and progressive activist groups like Mitchell’s Working Families Party is waging a fierce campaign to urge those three senators to support the PRO Act. In late April, according to Politico, “Union leaders told the Senate Democrats’ campaign arm in a private call Wednesday not to expect them to back lawmakers in upcoming elections unless they coalesce behind” the bill.

This is precisely the type of hardball politics that the American left needs to play in order to push through the relatively modest reforms in the PRO Act so that American workers can enjoy the same standards of their non-American counterparts. With the relentless class war that corporations and wealthy elites have managed to successfully wage against the nation’s middle and working classes for decades, there is little left to lose.

Sonali Kolhatkar is the founder, host and executive producer of “Rising Up With Sonali,” a television and radio show that airs on Free Speech TV and Pacifica stations. She is a writing fellow for the Economy for All project at the Independent Media Institute.