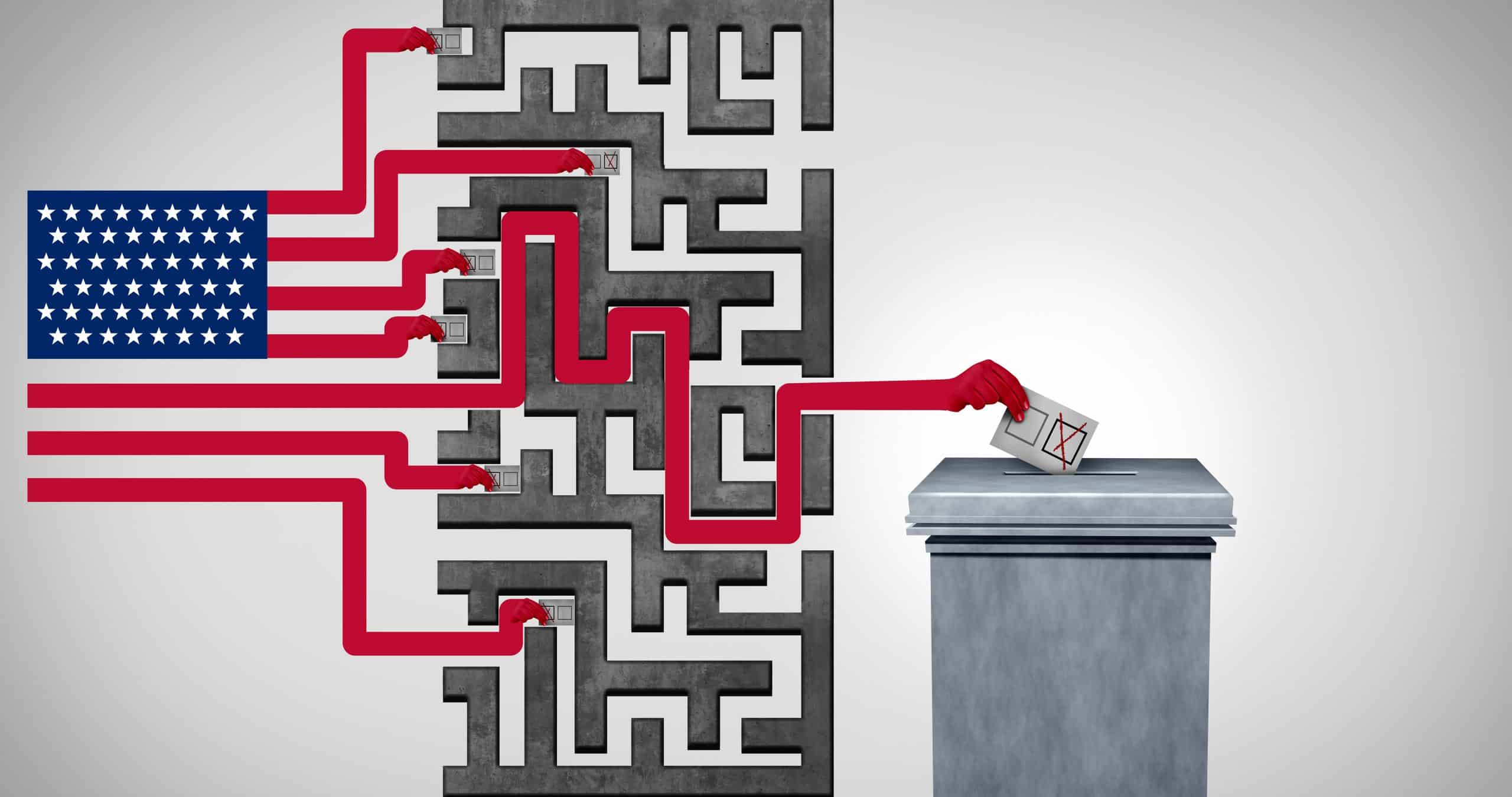 With all their new “voter suppression” laws in the states, Republicans are working to keep and improve a corrupt system that’s put them in power and keeps them in power, despite only representing a minority of Americans nationwide.

That’s why they’re trying to change our election law with little tweaks like making it harder to get a mail-in ballot or preventing people from bringing a drink of water to somebody in line.

This is not about making genuinely new law. The bigger picture, for them, is hanging onto to the power they and their billionaire supporters have already grabbed.

In fact, they’re trying to solidify, cement, deepen and broaden an already corrupted system that got them power in the first place and has kept them in power for the better part of at least two decades since the Supreme Court Bush v Gore decision in 2001 and the later Shelby County decision that gutted the Voting Rights Act in 2013. Billionaires were brought into the act with Citizens United in 2010.

In several states, like Michigan and Wisconsin (among others), the majority of voters in the state vote for Democrats — resulting in Democrats as governors and in other statewide offices — but Republicans, because of the corrupt system that includes things like gerrymanders, still control the state House and Senate as well as sending a majority of Republicans to Congress in DC.

They’re trying to maintain this larger status quo while tweaking and tightening it with these new laws.

Which is why when state officials and even Trump-appointed judges concluded, in Red state after Red state, that the 2020 election was clean, fair and accurate, the GOP decided to do something about the new crisis they now confront.

That crisis is that they repeatedly lost even more elections in 2020.

Georgia lost two Senate seats, numerous formerly Republican states went for Joe Biden instead of the previous guy, and Democrats got elected to state legislatures and as governors.

Republicans lost the House, the Senate, and the White House. Emergency! It’s not supposed to work this way!

The Republican solution to this, of course, is to make it harder to vote, harder to register to vote, and harder to mail-in vote. But while those are the things that get the headlines, the really insidious stuff is rarely mentioned.

It comes in two parts.

The first is that they’re replacing professional, long-term, non-partisan polling officials and election referees with Republican partisan hacks, so they can decide which votes the state is going to count and which votes they’re going to throw out.

The second is that they’re inviting goons into the polling places to harass, intimidate and threaten people whose only crime is that they want to participate in their own democracy. They call these goons “poll watchers,” and in the past such people have shown up with baseball bats, Confederate flags, and even video recording equipment.

This poll-watching thing used to be a big deal across the country before it was first outlawed in 1965: former Supreme Court Chief Justice William Rehnquist actually got his start in Republican politics in the early 1960s doing this with something called Operation Eagle Eye in Arizona. Mostly it was stopped by the Voting Rights Act, but the US Supreme Court has since gutted that so now the GOP wants to get back to it.

Thus, Republicans are now reviving a pair of strategies that Democrats used to use in the Old South, before 1964/1965 when Lyndon Johnson pushed through the Civil Rights Act and the Voting Rights Act, which flipped the white-racist vote from Democratic to Republican in a single decade.

Republicans are now trying to stop people from voting — or having their votes counted — pretty much any way they can.

And they’re picking up steam! As of a bit over a month ago, the Brennen Center for Justice noted:

As of March 24, legislators have introduced 361 bills with restrictive provisions in 47 states. That’s 108 more than the 253 restrictive bills tallied as of February 19, 2021 — a 43 percent increase in little more than a month.

These measures have begun to be enacted. Five restrictive bills have already been signed into law. In addition, at least 55 restrictive bills in 24 states are moving through legislatures: 29 have passed at least one chamber, while another 26 have had some sort of committee action (e.g., a hearing, an amendment, or a committee vote).

Democrats, however, have a “killer app” that will stop these Republican voter suppression and election-rigging efforts dead in their tracks.

It’s the first piece of legislation passed out of the House of Representatives and the first put on the floor of the United States Senate, HR1 and SB1, with the official name of the For The People Act.

Outside of reducing the ability of states to mail out absentee ballots, every one of the dozen-plus strategies Republicans are building into their laws to rig the vote would be blocked or outlawed by this legislation.

It will guarantee that every citizen in this country, regardless of their race or economic status, will have an equal right to vote in all elections that have any federal component whatsoever. (Most Americans don’t realize that there is no affirmative right to vote in the Constitution, so we need laws like this to protect that right.)

It also means that the small number of billionaires who spend the largest amount of money on our elections will have to identify themselves, something they strongly object to.

As People for the American Way President Ben Jealous noted, in the 2016 election alone, “just 400 political donors gave a combined $1.5 billion — more than five million small donors combined.” This law will will require transparency on their part and give campaigns that rely on smaller donors a boost.

And the majority of the people want it! Multiple studies and polls have shown that when the provisions of the law are explained to voters, an overwhelming majority of Democrats and a solid majority of Republicans are heartily in favor of it.

The For The People Act is also co-sponsored by 49 out of the 50 senators who caucus with the Democrats; the lone holdout is a West Virginia multimillionaire who shows up on Fox News a lot.

It’s a 100% certainty that Republicans will filibuster this legislation, which means 50 senators who caucus with the Democrats need to get together and either end the filibuster or, as I’ve frequently suggested, convert it into a “Jimmy Stewart Filibuster,“ where senators can talk as long as they want and as long as they have 40 colleagues with them on the Senate floor, but when they’re done or their number of colleagues drops below 40, a vote will happen.

It’s unlikely that you or I will have much influence on Joe Manchin (unless you live in West Virginia or are a major campaign donor of his), but we can make our opinions known to President Biden and Senator Schumer, who have a variety of options, both carrots and sticks, when it comes to dealing with recalcitrant or attention-seeking senators. We can also let our own senators know our opinion so they can speak with Manchin.