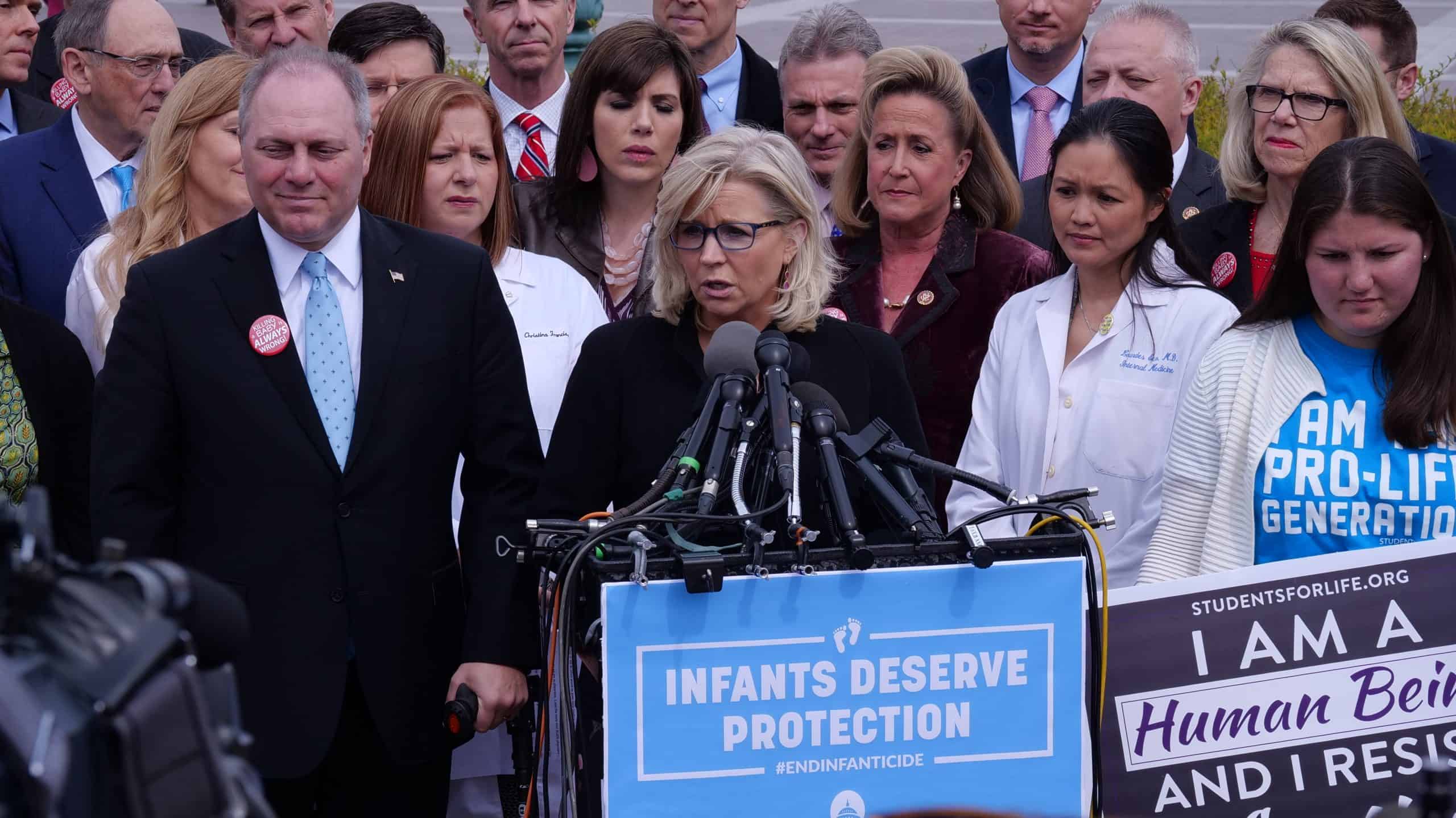 No Tears For Liz Cheney – She Helped Create The Trump Monster

It is a compulsion. It may be an addiction. Whatever the cause, it reeks of desperation. Every day the problem is getting worse.

The American news media is obsessed with Liz Cheney. The hope peddlers and other happy pill-sellers have anointed the Wyoming congresswoman, along with Sen. Mitt Romney of Utah, as valiant warriors, "responsible" and "traditional" Republicans who will somehow rehabilitate their party from the rise of neofascism and its assault on democracy.

This quest for respectable and honorable Republicans is a function of a profound, pathetic desire to return to a pre-Trump version of "normal," a time before the standing norms and rules of American democracy were shattered by Trump and his political cult.

In reality, Liz Cheney and other "respectable" and "traditional" Republicans are wolves in sheep's clothing. She supported almost all of Trump's policies. She did not denounce or otherwise choose to leave the Republican Party out of protest or disgust or principle.

Cheney is no savior or defender of American democracy. Her "traditional" Republican performance is a political gambit, a means to secure more power in the future and perhaps even become the Republican presidential nominee in 2024 or beyond. In too many ways, Liz Cheney is best described as a "friendly fascist."

In her much-praised Washington Post op-ed from May, Cheney wrote:

While embracing or ignoring Trump's statements might seem attractive to some for fundraising and political purposes, that approach will do profound long-term damage to our party and our country. Trump has never expressed remorse or regret for the attack of Jan. 6 and now suggests that our elections, and our legal and constitutional system, cannot be trusted to do the will of the people. This is immensely harmful, especially as we now compete on the world stage against Communist China and its claims that democracy is a failed system.

Cheney concluded her op-ed by writing, "History is watching. Our children are watching. We must be brave enough to defend the basic principles that underpin and protect our freedom and our democratic process. I am committed to doing that, no matter what the short-term political consequences might be."

Signaling to her right-wing political bonafides and motivations — using language purportedly meant to repudiate Trump's coup attempt and his assault on democracy — Cheney chose to attack the Democrats for their "ridiculous wokeness." Such language is a racial dog whistle, a coded message that the Democrats "caring too much" about social justice and human rights for Black and brown people.

Predictably, too many of the professional smart people in the mainstream commentariat took the bait.

At New York Magazine, Jonathan Chait offered an analysis of why other House Republicans are likely to oust Cheney from her leadership position:

There is no hidden agenda at work, no subtext of quiet sympathy for Biden's policies. Cheney believes in right-wing policy and settling control of government at the ballot box.

The Republican party is sliding into authoritarianism at a terrifyingly rapid clip. To stand by is to let it happen. Republicans who have reservations about this trend have tried quiet hand-wringing for five years. It hasn't worked. Somebody has to fight back, and Cheney has volunteered for the role.

The more complex (and depressing) truth is that the Republican Party's slide into neofascism, white supremacy and racial authoritarianism has been a long process, one that occurred gradually over the course of several decades. Trumpism is not some aberrant outlier, separate and apart from the Republican Party's agenda and orthodoxy. Trump's presidency and his movement are the logical result of that party's downward evolution, a type of endgame where friendly fascism and authoritarian impulses have been replaced with political sadism and outright contempt for democracy.

To elevate Cheney as a defender of American democracy is to fundamentally misinterpret Trumpism and the Republican embrace of neofascism and white supremacy, reducing it to a discrete moment in American political history.

Political scientists have shown that today's Republican Party has more in common with far-right political parties in countries like Hungary and Poland than it does with mainstream democratic parties in Europe. It is also clear that the Republican Party has dragged the Democrats (and American politics more generally) further and further to the right through a process known as "asymmetrical polarization." One obvious result is that the most "liberal" Republican is now far to the right of the most conservative Democrat, which was clearly not true in earlier eras.

As the Republican Party became more anti-democratic and pro-fascist, Liz Cheney actively enabled and contributed to that outcome. In short, she helped to create Trumpism, and should not be allowed to wash her hands of a mess that has stained her permanently.

At the end of President Biden's speech to Congress in May, he and Cheney exchanged pleasantries with one another. When criticized by her fellow Republicans for this gesture toward political normalcy, Cheney responded on Twitter: "We're different political parties. We're not sworn enemies. We're Americans."

That statement is essentially false. Republicans increasingly view the Democratic Party and its supporters as existential enemies. Trump and his followers are so committed to their hatred of the Democrats and multiracial democracy that they launched a lethal assault on the Capitol as part of a coup attempt. The Republican Party as a whole aided, abetted and supported that criminal assault.

The sooner Democrats realize that it is they who are in a literal existential fight for the existence of American democracy, and that today's Republicans have no limits in terms of how far they will go to achieve and keep power, the safer the future of our nation will be.

An old adage suggests that the enemy of my enemy is my friend. In the case of Liz Cheney, this is simply not true. For the most part, the hope peddlers in the news media will not tell the American people that painful truth. For the sake of American democracy, one can only hope that the leaders of the Democratic Party are not suckered by Liz Cheney's friendly-fascist performance.

An earlier version of this article appeared on Salon.com