Home »  Nestle Makes A Killing As California Dries Up 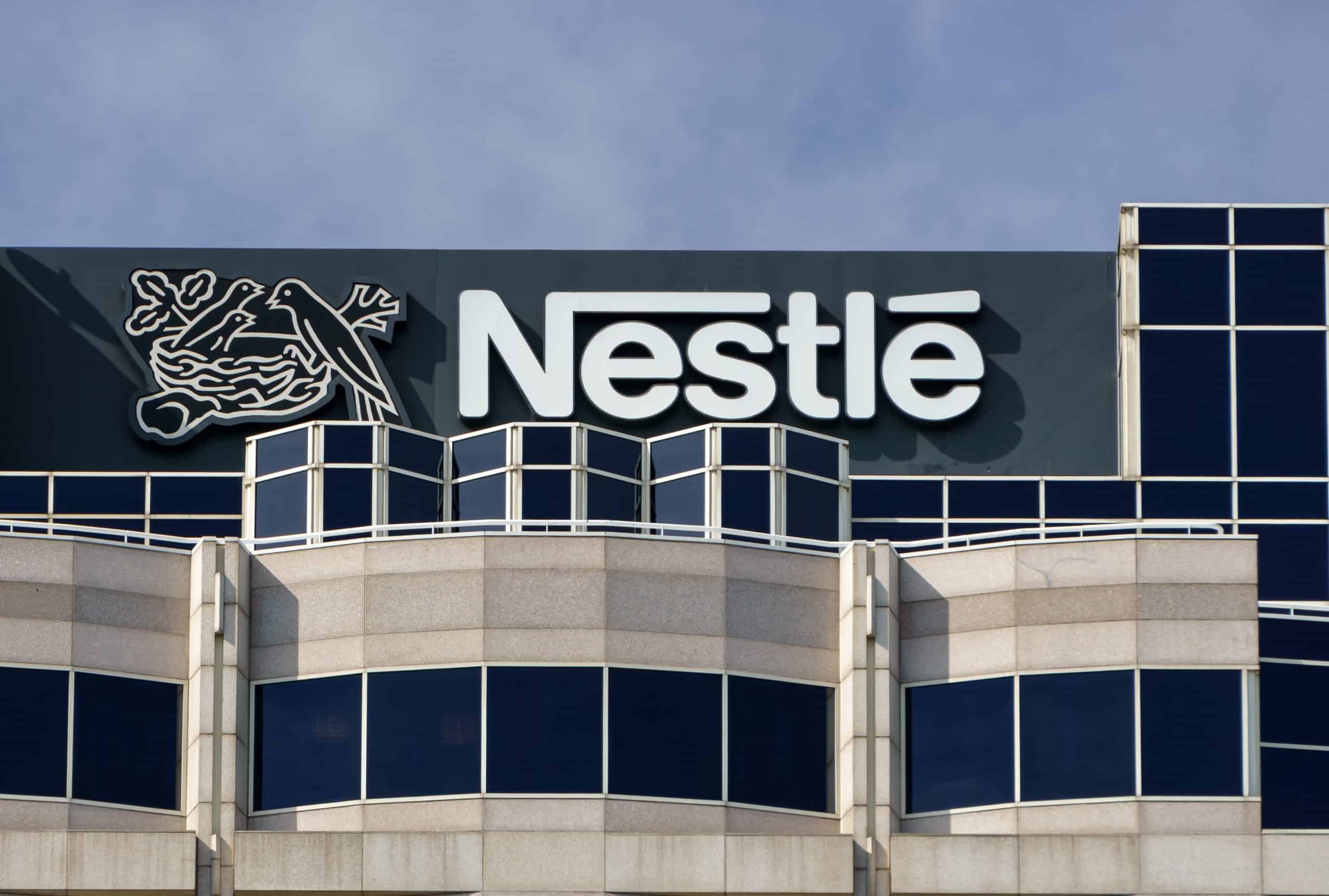 Nestle Makes A Killing As California Dries Up

You could ask a dozen plaintiff’s lawyers who they believed was the most diabolical company on the planet and you’d probably get a dozen different answers. Exxon, Phillip Morris, Dow, DuPont, Monsanto, any number of pharmaceutical companies – they would all be on the list. But there is one company that routinely gets overlooked, in spite of all of the harm they have caused to people all around the globe. That company is Nestle.

From continent to continent, the Nestle corporation has moved like a swarm of locusts, devouring vital resources and leaving local populations with little recourse. The company has engaged in everything from egregious human rights abuses to environmental destruction, and their trail of devastation is not limited to far off countries that we only read about in the news. Some of their worst behavior is taking place right here within the borders of the United States.

The state of California has been in a semi-permanent state of drought for the past decade. The wildfires that have ravaged the state during that time are a prime example of how climate change is impacting the United States at this very moment, and the droughts that literally added fuels to those fires are exactly what climate scientists predicted. The state has gone through multiple periods where they have had to ration the use of their water to make sure there was enough to go around, and parts of the state are once again preparing to ration this precious resource that is necessary for human survival.

But for decades, Nestle has been treating the state of California like an open bar, and leaving the state to pick up the tab. The company bought out a smaller bottled water company, Arrowhead, in 1992, and that’s when they acquired the rights to tap into groundwater reserves at the edge of the San Bernardino National Forest. The rights to this water are a dysfunctional maze of laws and regulations going all the way back to the 1800’s, and water has been steadily pumped from this area on a “first come” basis since that time. Laws from that era that are still on the books today, and that has compounded the problems for California residents.

The problem with Nestle’s permit (originally obtained by Arrowhead) is that it had expired in 1988. That permit set specific guidelines on how much water Nestle was allowed to take each year, and set the cost of extraction at a mere $524 per year. Not a bad price considering the company pulls in roughly $7.5 billion per year from selling bottled water across the globe, though obviously not all of that is from California.

During this time that the permit was expired, Nestle routinely pumped more water out of the ground than was legally allowed even when the permit was active, sometimes pulling more than three times the legal amount in a given year, but the story and its connection to the California droughts went largely ignored until a small California paper called The Desert Sun ran a massive expose in 2015 explaining what was happening. The expired permit has now been renewed (at a tiny cost of $2,000) but there have still been no government-run environmental evaluations performed to determine the impact this extraction is having on California. So Nestle continues to pump.

In spite of the lack of a real government evaluation, the results in any given year can be witnessed with the naked eye. Part of the water being extracted by Nestle feeds into a body of water called Strawberry Creek. In recent years, due partly to lack of precipitation, the creek has been well below what is considered to be healthy levels. The creek runs to southern California where it feeds into aquifers and other bodies of water, which also see a major reduction when the creek levels drop.

This isn’t rocket science: Less water running to southern California means dryer conditions which then breed catastrophe. And as long as Nestle is allowed to continue their extraction unabated, the areas fed by the aquifers being drained are going to suffer.

When you’re a massive, multi-billion dollar corporation, you can pretty much write your own ticket in the United States. And even when your dirty deeds are exposed, you can afford to just rewrite the narrative.

Nestle has a slick PR machine that has been running nonstop since the Desert Sun story broke in 2015. They even have their own webpage dedicated to attacking the truth about what they are doing in California. From that page:

Even though Spring water is a renewable resource – its use needs to be managed responsibly.

Arrowhead® Brand Mountain Spring Water has been sustainably sourced and bottled from the springs in Strawberry Canyon, in what is now the San Bernardino National Forest, for more than 124 years. Our team of engineers, hydrologists, biologists, and geologists consistently monitors and cares for the springs and local environment.

We never collect more water than is naturally available, which means, if the environment yields less, we collect less. We diversify our collection among the springs we source from to avoid overreliance on any one spring, and to support long-term sustainability and healthy habitats.

The page contains plenty of other claims that the company attempts to “debunk,” but it really just shows how desperate they are to prevent any further negative publicity. But their claim about taking less water when less water is available doesn’t exactly stand up to reality, because the company continues to pump the allowable amount (and yes, sometimes even more than that) even during the driest years.

Nestle’s water extraction isn’t limited to California. They operate wells all over the United States and Canada, and they are rapidly expanding their operations.

Just recently, the company was granted rights to expand a well near the Suwannee River in Florida, in spite of the fact that the local community submitted numerous complaints trying to block the project. The Suwannee River Water Management District Governing Board, appointed by the Republican governor of Florida, decided that the project outweighed the risks that the public was concerned about and gave the greenlight for them to continue. And yes, Nestle has already set up a new web page to muddy the waters with their propaganda regarding their Florida operations.

The company also has production facilities that syphon off and export water from the basin of the Great Lakes. They were actually issued a cease and desist order for this operation by a judge nearly two decades ago, but it was overturned on appeal.

In total, Nestle has 27 production facilities scattered across North America to allow them to extract our most precious resource and either sell it back to use at an astronomical markup, or send it overseas for an even bigger profit.

In order for Nestle to truly earn the title of one of the most evil corporations on the planet, they have to go even further than taking bottled water from drought-stricken communities. That’s basic villainy 101, and they aren’t the only perpetrators there, either.

What really makes Nestle stand out are the other abuses they’ve been accused of or convicted of across the globe. Here is a sample of what we’re dealing with:

In the 1970’s, Nestle moved to less-developed countries across the world and began an aggressive marketing campaign to convince new mothers that their baby formulas were better for children than breastmilk. Doctors and nurses who were believed to have been paid by Nestle also encouraged new mothers to use the formula instead of breastfeeding. They would give the mothers enough formula that by the time it ran out, they had stopped lactating and were forced to rely on the formula in areas where clean water wasn’t readily available.

In 2014, following international outrage, Nestle promised to launch an investigation into the working conditions of fisherman in Thailand that the company employed to catch the fish used in their Purina brand of pet foods. The fisherman in the area said that the industry was dangerous and that many men died, but the company continued to push them to work harder and dead bodies were simply tossed overboard and disappeared into the sea. Following their own investigation, Nestle promised to do better (but not before making it clear that other companies are doing the same thing in Thailand.)

The company has been engaging in deforestation in Ghana and the Ivory Coast.

They were implicated in a massive international chocolate price-fixing scandal.

Their infant milk products were banned in China in 2008 after they were found to contain melamime which caused all manners of problems in infants.

They have been accused of running one of the most aggressive “greenwashing” campaigns to cover up their environmental destruction.

Each one of these events is a story in itself, but the picture is very clear about who this company is choosing to be.

And that’s the point – the company is consciously choosing to be this way. They could still make billions a year doing everything by the book. They don’t have to engage in any of these deceptive practices or employ a team of propagandists to get people to buy their products. But the culture of greed that has permeated nearly every business on the planet has driven Nestle to the extreme, and they’ve been engaging in many of these behaviors for nearly fifty years that we know of. So the next time you think of the most evil corporations on the planet, maybe its time to give Nestle the credit that they deserve.