Home »  Bill Barr Is The Master Of Covering Up Political Scandals 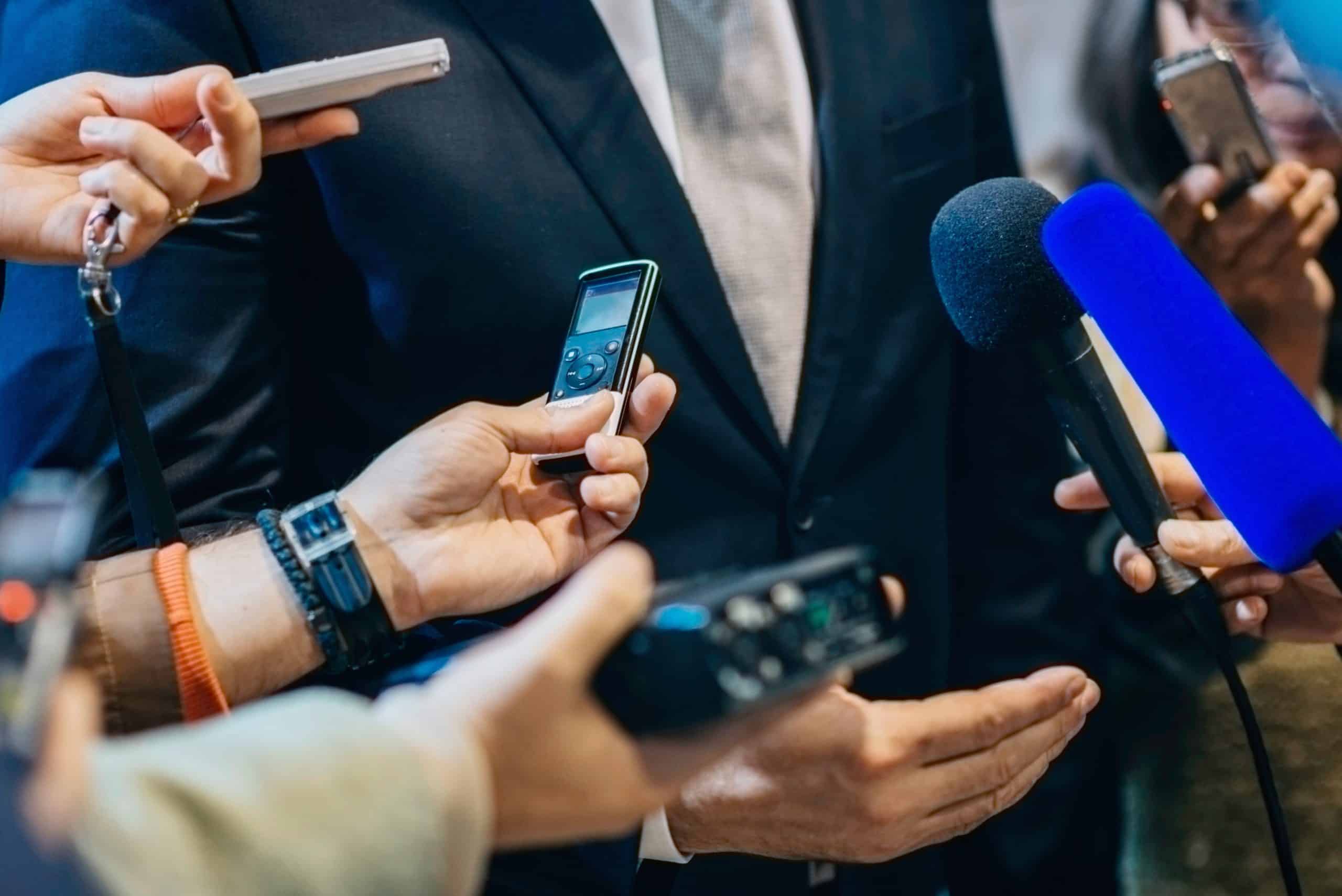 Bill Barr Is The Master Of Covering Up Political Scandals

George HW Bush and Ronald Reagan were facing the possibility of treason charges. Who did they call? Bill Barr.

That was in the ’80s and early ’90s, but now we discover the Bill Barr really, truly, definitely also lied to America about presidential treason this decade. Shocking.

Mueller laid out 10 prosecutable incidents of Donald Trump committing felony obstruction of justice, all to cover up the assistance he was seeking and receiving from Russian oligarchs and the Russian government that ultimately helped him win the 2016 election.

Looking back now, seeing the actual documents from the time, Federal Judge Amy Berman Jackson noted that Barr’s lies to the American people, to Congress, and to federal judges were “so inconsistent with evidence in the record, they are not worthy of credence.”

In other words, Barr lied through his teeth.

And he did it to avoid prosecuting Trump, who we can now see had clearly committed crimes — particularly reaching out to a foreign power for help — that would’ve landed any other American in prison for decades.

But this is not Bill Barr‘s first time playing cover-up for a Republican president who had committed crimes that rise to treason against America.

Back in 1992, the first time Bill Barr was U.S. attorney general, iconic New York Times writer William Safire referred to him as “Coverup-General Barr” because of his role in burying evidence of then-President George H.W. Bush’s involvement in “Iraqgate” and “Iron-Contra.”

Christmas day of 1992, the New York Times featured a screaming all-caps headline across the top of its front page: Attorney General Bill Barr had covered up evidence of crimes by Reagan and Bush in the Iran-Contra scandal.

Earlier that week of Christmas, 1992, George H.W. Bush was on his way out of office. Bill Clinton had won the White House the month before, and in a few weeks would be sworn in as president.

But Bush’s biggest concern wasn’t that he’d have to leave the White House to retire back to Connecticut, Maine, or Texas (where he had mansions) but, rather, that he may end up embroiled even deeper in the Iran-Contra treason and that he and his colleagues may face time in a federal prison after he left office.

Independent Counsel Lawrence Walsh was closing in fast on him and Reagan, and Bush’s private records, subpoenaed by the independent counsel’s office, were the key to it all.

Walsh had been appointed independent counsel in 1986 to investigate the Iran-Contra activities of the Reagan administration and determine if crimes had been committed.

Was the Iran-Contra criminal conspiracy limited, as Reagan and Bush insisted (and Reagan said on TV), to later years in the Reagan presidency, in response to a hostage-taking in Lebanon?

Or had it started in the 1980 presidential campaign against Jimmy Carter with treasonous collusion with the Iranians, as the then-president of Iran asserted? Who knew what, and when? And what was George H.W. Bush’s role in it all?

In the years since then, the President of Iran in 1980, Abolhassan Bani-Sadr, has gone on the record saying that the Reagan campaign reached out to Iran to hold the hostages in exchange for weapons.

“Ayatollah Khomeini and Ronald Reagan,” President Bani-Sadr told the Christian Science Monitor in 2013, ”had organized a clandestine negotiation, later known as the ‘October Surprise,’ which prevented the attempts by myself and then-US President Jimmy Carter to free the hostages before the 1980 US presidential election took place. The fact that they were not released tipped the results of the election in favor of Reagan.”

That wouldn’t have been just an impeachable crime: it was treason.

Walsh had zeroed in on documents that were in the possession of Reagan’s former defense secretary, Caspar Weinberger, who all the evidence showed was definitely in on the deal, and President Bush’s diary that could corroborate it.

Elliott Abrams had already been convicted of withholding evidence about it from Congress, and he may have even more information, too, if it could be pried out of him before he went to prison. But Abrams was keeping mum, apparently anticipating a pardon.

Weinberger, trying to avoid jail himself, was preparing to testify that Bush knew about it and even participated, and Walsh had already, based on information he’d obtained from the investigation into Weinberger, demanded that Bush turn over his diary from the campaign. He was also again hot on the trail of Abrams.

So Bush called in his attorney general, Bill Barr, and asked his advice.

Barr, along with Bush, was already up to his eyeballs in cover-ups of shady behavior by the Reagan administration.

Safire ultimately came refer to Barr as “Coverup-General” in the midst of another scandal—one having to do with Bush selling weapons of mass destruction to Saddam Hussein—because the Attorney General was already covering up for Bush, Weinberger, and others from the Reagan administration in “Iraqgate.”

On October 19, 1992, Safire wrote of Barr’s unwillingness to appoint an independent counsel to look into Iraqgate:

“Why does the Coverup-General resist independent investigation? Because he knows where it may lead: to Dick Thornburgh, James Baker, Clayton Yeutter, Brent Scowcroft and himself [the people who organized the sale of WMD to Saddam]. He vainly hopes to be able to head it off, or at least be able to use the threat of firing to negotiate a deal.”

Now, just short of two months later, Bush was asking Barr for advice on how to avoid another very serious charge in the Iran-Contra crimes. How, he wanted to know, could they shut down Walsh’s investigation before Walsh’s lawyers got their hands on Bush’s diary?

In April of 2001, safely distant from the swirl of D.C. politics, the University of Virginia’s Miller Center was compiling oral presidential histories, and interviewed Barr about his time as AG in the Bush White House. They brought up the issue of the Weinberger pardon, which put an end to the Iran-Contra investigation, and Barr’s involvement in it.

Turns out, Barr was right in the middle of it.

“There were some people arguing just for [a pardon for] Weinberger, and I said, ‘No, in for a penny, in for a pound,’” Barr told the interviewer. “I went over and told the President I thought he should not only pardon Caspar Weinberger, but while he was at it, he should pardon about five others.”

Which is exactly what Bush did, on Christmas Eve when most Americans were with family instead of watching the news. The holiday notwithstanding, the result was explosive.

America knew that both Reagan and Bush were up to their necks in Iran-Contra, and Democrats had been talking about treason, impeachment or worse. The independent counsel had already obtained one conviction, three guilty pleas, and two other individuals were lined up for prosecution. And Walsh was closing in fast on Bush himself.

So, when Bush shut the investigation down by pardoning not only Weinberger, but also Abrams and the others involved in the crimes, destroying Walsh’s ability to prosecute anybody, the New York Times ran the headline all the way across four of the six columns on the front page, screaming in all-caps: BUSH PARDONS 6 IN IRAN AFFAIR, ABORTING A WEINBERGER TRIAL; PROSECUTOR ASSAILS ‘COVER-UP.’

Bill Barr had struck, and, like with Trump and the Muller investigation into his treason, Reagan and Bush’s treason was now buried.

The second paragraph of the Times story by David Johnston laid it out:

“Mr. Weinberger was scheduled to stand trial on Jan. 5 on charges that he lied to Congress about his knowledge of the arms sales to Iran and efforts by other countries to help underwrite the Nicaraguan rebels, a case that was expected to focus on Mr. Weinberger’s private notes that contain references to Mr. Bush’s endorsement of the secret shipments to Iran.” (emphasis added)

History shows that when a Republican president is in serious legal trouble, Bill Barr is the go-to guy.

“U.S. Attorney General William Barr, in rejecting the House Judiciary Committee’s call for a prosecutor not beholden to the Bush Administration to investigate the crimes of Iraqgate, has taken personal charge of the cover-up.”

Safire accused Barr of not only rigging the cover-up, but of being one of the criminals who could be prosecuted.

“Mr. Barr,” wrote Safire in August of 1992, “...could face prosecution if it turns out that high Bush officials knew about Saddam Hussein’s perversion of our Agriculture export guarantees to finance his war machine.”

He added, “They [Barr and colleagues] have a keen personal and political interest in seeing to it that the Department of Justice stays in safe, controllable Republican hands.”

Earlier in Bush’s administration, Barr had succeeded in blocking the appointment of an investigator or independent counsel to look into Iraqgate, as Safire repeatedly documented in the Times. In December, Barr helped Bush block indictments from another independent counsel, Lawrence Walsh, and eliminated any risk that Reagan or George H.W. Bush would be held to account for Iran-Contra.

Walsh, wrote Johnston for the Times on Christmas Eve, “plans to review a 1986 campaign diary kept by Mr. Bush.” The diary would be the smoking gun that would nail Bush to the scandal.

“But,” noted the Times, “in a single stroke, Mr. Bush [at Barr’s suggestion] swept away one conviction, three guilty pleas and two pending cases, virtually decapitating what was left of Mr. Walsh’s effort, which began in 1986.”

And Walsh didn’t take it lying down.

The Times report noted that, “Mr. Walsh bitterly condemned the President’s action, charging that ‘the Iran-contra cover-up, which has continued for more than six years, has now been completed.’”

Independent Counsel Walsh added that the diary and notes he wanted to enter into a public trial of Weinberger represented, “evidence of a conspiracy among the highest ranking Reagan Administration officials to lie to Congress and the American public.”

Walsh had been fighting to get those documents ever since 1986, when he was appointed and Reagan still had two years left in office. Bush’s and Weinberger’s refusal to turn them over, Johnston noted in the Times, could have, in Walsh’s words, “forestalled impeachment proceedings against President Reagan” through a pattern of “deception and obstruction.”

Barr successfully covered up the involvement of two Republican presidents—Reagan and Bush—in two separate and impeachable “high crimes,” one of them almost certainly treason.

Months later in January of 1993, newly sworn-in President Clinton and the new Congress decided to put it all behind them and not pursue the matters any further.

Will Biden do the same, for both Trump and Barr? He’s publicly said that he’s going to let his new attorney general, Merrick Garland, make those kinds of decisions.

And Garland, it seems, has unleashed the FBI and other investigators in ways that must be sending shock-waves through Mar-a-Lago and the ranks of former Trump officials.

One can only hope.