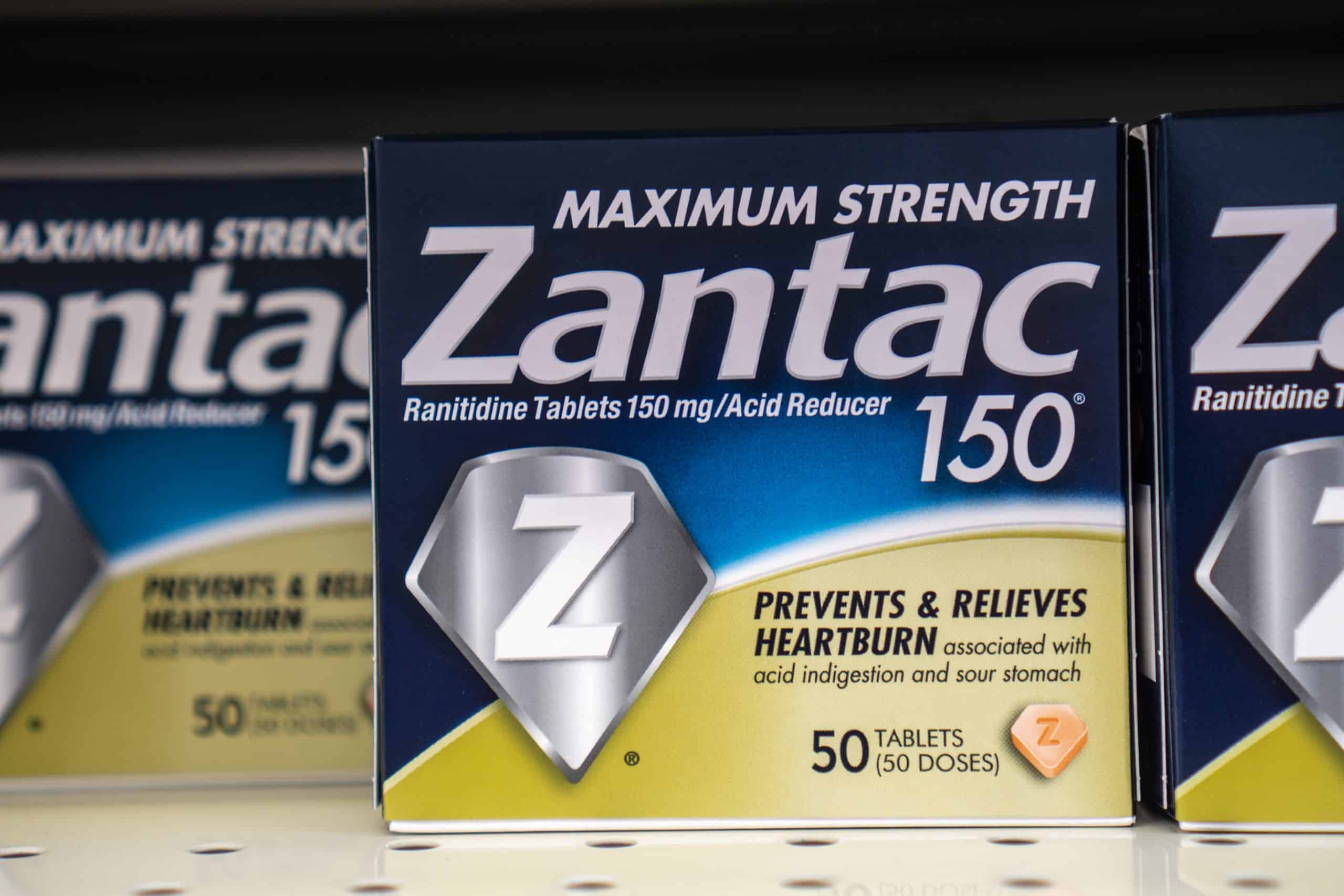 Popular heartburn drug, Zantac (ranitidine), was once one of the best-selling drugs in the world. Its success was largely due to a carefully crafted marketing campaign that emphasized the product’s safety. Advertisements claimed it was safe enough for infants, pregnant women, and to be taken multiple times a day.. However, despite manufacturers’ claims of safety, and unbeknownst to the public, Zantac causes cancer. The manufacturers of Zantac knew their drug could be dangerous when they put it on the market. Despite this knowledge, the producers of Zantac continued to sell their product without warning the public — making millions of dollars at the expense of millions of people. GlaxoSmithKline (GSK) pharmaceutical company developed Zantac’s active ingredient, ranitidine, in 1970. Since the FDA approved Zantac in 1983, studies warned ranitidine could be dangerous to humans. One such study, conducted the same year Zantac entered the market, found ranitidine caused DNA fragmentation, which is a significant step in cancer development, in rats’ stomachs. Due to these concerning results, the study suggested that the makers of Zantac warn consumers not to take ranitidine with food (as food likely reacts with ranitidine to cause DNA fragmentation). The makers of Zantac never gave that warning. They actively encouraged customers to take the drug with food through their advertisements, which depicted people taking Zantac right before or during meals.

Throughout the 36 years Zantac was on the market, numerous studies questioned ranitidine’s safety. The most recent study was conducted in 2019 by independent pharmacy, Valisure. While testing Zantac, Valisure discovered the presence of the highly carcinogenic compound, N-nitrosodimethylamine (NDMA). NDMA has long been recognized as a dangerous compound. It is classified as a probable human carcinogen by the World Health Organization and the International Agency for Research on Cancer. Its classification as a ‘probable’ human carcinogen, rather than a ‘known’ human carcinogen, is solely due to the lack of human epidemiological studies that observe the effects of NDMA on the human body, as it would be unethical to expose humans to known dangerous chemicals of this caliber. However, its impact on animals is clear — NDMA’s only commercial purpose in the United States is to induce tumors in animal studies, and it effectively causes cancer in almost every animal to which it is administered.

According to the FDA, exposure to fewer than 96 nanograms of NDMA per day is safe. Valisure detected approximately 3,000,000 nanograms of NDMA in a single ranitidine pill — over 30,000 times more than the permissible daily threshold. Valisure’s study suggests that ranitidine breaks down to form NDMA when exposed to a warm, acidic environment. The ranitidine molecule is inherently unstable and contains both a nitrate (N) and a dimethylamine (DMA) group. This means the ranitidine molecule, by itself, has all the “ingredients” necessary to create NDMA. When it is exposed to certain conditions, such as heat, gastric acids, or nitrites from food, the molecule breaks down and leaves behind the nitrate and dimethylamine group, which then forms NDMA.

When Valisure informed the FDA of its troubling findings, the FDA failed to take action. As a result, Valisure filed a citizen’s petition, and informed the public of the “extremely high levels of [NDMA] … in every lot tested, across multiple manufacturers and dosage forms of the drug ranitidine.” On September 24, 2019, the FDA announced the first of many voluntary recalls of Zantac and other ranitidine medications. The FDA and several manufacturers contend that the levels of NDMA detected by Valisure are not accurate; however, the FDA issued a statement conceding the levels of NDMA present in Zantac are “unacceptable.”

Pharmaceutical giants such as GSK, Boehringer Ingelheim, Pfizer, and Sanofi have been named defendants in lawsuits across the country due to their varying roles in producing and manufacturing Zantac and ranitidine.

As this MDL takes shape in the coming months, a coalition of plaintiffs’ attorneys is working towards a favorable outcome for this litigation. To date, hundreds of cases have been filed, and the number continues to climb as the public learns the dangers of the drug it once thought was safe.