Home »  Can Lawsuits Save Us From Trump’s Secret Police? 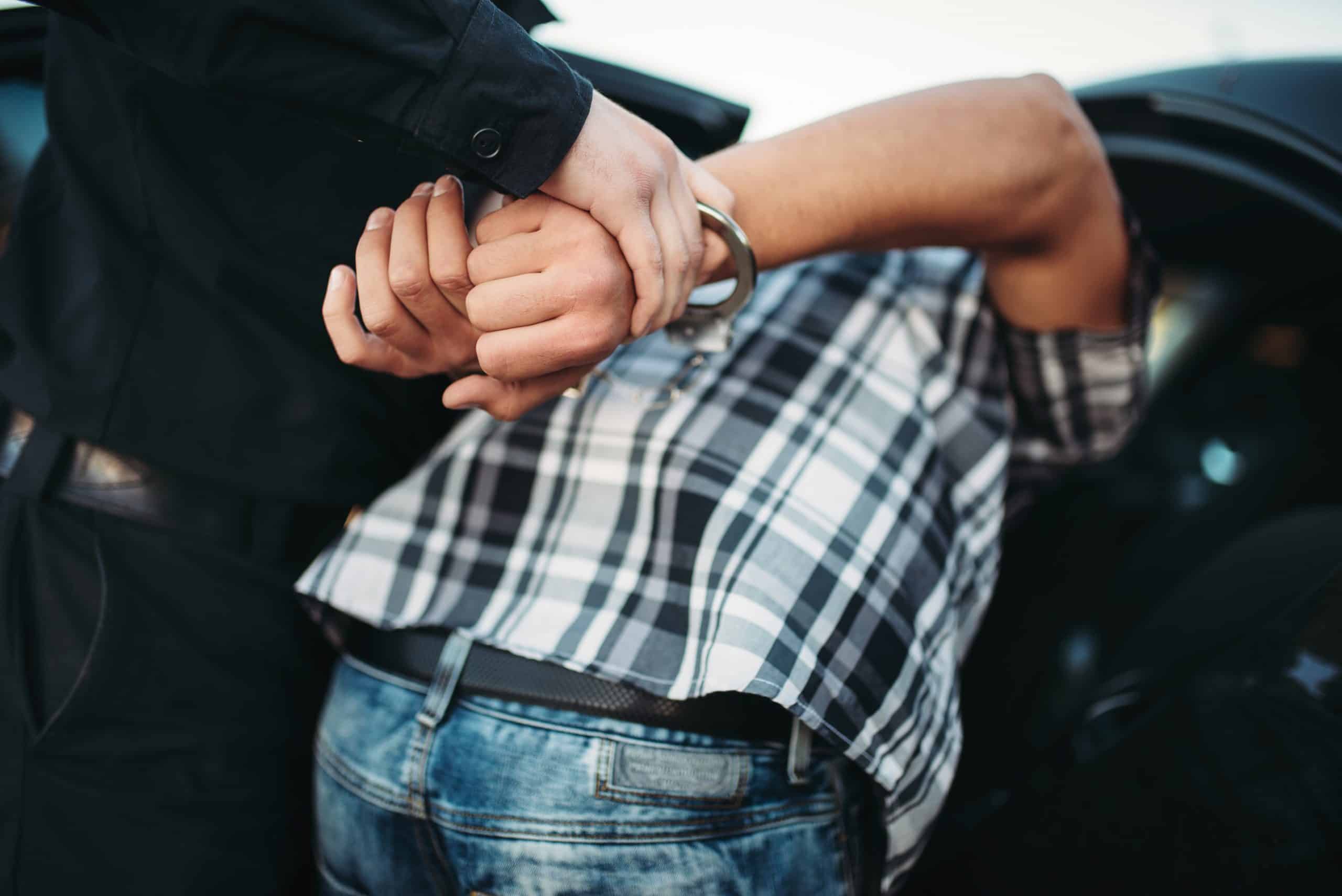 Can Lawsuits Save Us From Trump’s Secret Police?

Under the guise of protecting federal property and public safety, a militarized secret federal police force, deployed by President Trump to Portland, Oregon, has unleashed a totalitarian assault on democracy and the rule of law. The brutal assault has trampled the civil liberties of peaceful protesters, journalists, legal observers, and bystanders.

The astonishing offensive has extended well beyond the boundaries of federal enclaves. It also entailed a great deal more than the arbitrary application of police violence. Wearing military fatigues with patches bearing only the word "POLICE", previously unidentified, armed federal stormtroopers roamed city streets and sidewalks, arbitrarily snatching-up terrified citizens, who they whisked away in unmarked vehicles.

In a federal lawsuit filed in late July, Oregon Attorney General Ellen Rosenbaum challenged these wholesale violations of civil liberties and alleges that the arbitrary snatch and grab operation also creates a "risk" that law-abiding, peaceful protesters could be kidnapped by armed and unaccountable, civilian right-wing "militias".

Separately, the ACLU, seeking to rein in what its staff attorney, Vera Eidelman, aptly described as an "unconstitutional nightmare", filed a 2nd amended complaint, which added the U.S. Department of Homeland Security (DHS) and the U.S. Marshals Service (USMS) as party Defendants to the ACLU's already successful federal lawsuit. That lawsuit was initially filed previously against the City of Portland.

Earlier in July, U.S. District Court Judge Michael H. Simon issued a Temporary Restraining Order (TRO) and, later, a Preliminary Injunction, that blocked the Portland Police Bureau "from arresting, threatening to arrest, or using physical force...against any person they know or reasonably should know is a Journalist or Legal Observer...unless the Police have probable cause to believe such individual has committed a crime." The injunction also prevents police from seizing photographic, audio and video-recording equipment. (To its credit, the City of Portland agreed to the issuance of the preliminary injunction.)

By way of a newly filed Motion for a TRO [Temporary Restraining Order] and Preliminary Injunction, the ACLU now seeks a ruling from Judge Simon that would provide the same injunctive relief against the DHS and the USMS. In their motion, the ACLU described Trump's secret police as "shock troops" who "were successfully subjugating protesters and carrying out [the President's] longstanding vendetta against the press."

DHS and USMS were not the only federal agencies that have taken part in the trampling of civil liberties in Portland. In its federal complaint, Oregon also named the Federal Protection Service (FPS) and U.S. Customs and Border Protection (CBP) as party Defendants.

Where both the ACLU and Oregon complaints lay out facts that support the assessment offered by Kelly Simon, ACLU Oregon's interim legal director, that Trump's stormtroopers have been "terrorizing the community, risking lives, and brutally attacking protesters," Oregon's complaint, unlike the ACLU's, seeks declaratory and injunctive relief designed to remedy the violations of the 1st, 4th and 5th Amendment rights of all affected citizens, including protesters and bystanders. Oregon also alleges that these agencies, especially the CBP, have violated Oregon's sovereign right to protect its own citizens.

Despite this disturbing, uninvited and unwelcome federal deployment --- as well as the now very serious legal challenges --- on Sunday, White House Chief of Staff Mark Meadows told Fox "News" to expect a "roll out" of similar deployments to "Chicago or Portland or Milwaukee or someplace across the heartland of the country"...

The ACLU alleges, in its 2nd amended complaint, that "police have repeatedly and intentionally shot, gassed, and beaten journalists covering the George Floyd protests"; that police not only knew they were attacking credentialed journalists but did so to retaliate against press coverage.

The ACLU's new motion to protect journalists from Trump's military-garbed troopers was supported, in part, by a declaration submitted by plaintiff Mathieu Lewis-Rolland, identified as "a freelance photographer and photojournalist". Lewis-Roland filmed protests in downtown Portland on the night of July 11 and into the early morning of July 12.

Relying upon the TRO Judge Simon previously issued to protect the press from illegal assaults by Portland police, the photojournalist mistakenly believed that he could avoid being assaulted because his bulky camera equipment and the word "PRESS", which appeared in large block letters on both sides of his t-shirt, made his status as a journalist patently obvious.

Lewis-Roland was quickly dissuaded of that belief shortly after Trump's enforcers emerged from the federal courthouse and began firing "tear gas and impact projectiles at protesters in Lownsdale Square".

Within minutes, Lewis-Roland found himself surrounded by an estimated 50 to 100 federal agents. One of them shoved him with a gun, shouting, "GET BACK, GET BACK!"

The photojournalist's declaration includes an unsettling picture of a black-clad stormtrooper who pointed a weapon directly at him. After Lewis-Roland retreated well beyond the limits of federal property, he turned slightly, seeking to film the events. He was then struck ten times on his right side and back by hard plastic bullets even though he posed no threat to the federal agents.

In their TRO/Preliminary Injunction Motion, the ACLU alleged that the feds by no means confined their assault to Lewis-Roland: They also chased away legal observers associated with the National Lawyers Guild by threatening to beat them with batons. The next day, the President announced, "We very much quelled it. If it starts again, we'll quell it again very easily. It's not hard to do." In the days that followed, federal agents have continued attacking journalists and legal observers and using indiscriminate military violence to chill Plaintiffs' protected activities.

Citing case law describing a "free press as the guardians of the public interest", the ACLU attorneys, who represent the Portland Mercury newspaper and a number of professional journalists, argued: Plaintiffs have a right to witness important public events and recount them to the world. Their newsgathering, observing and recording activities are at the core of what the First Amendment protects...Federal agents' efforts to intimidate and suppress reporting on their own misconduct violate clearly established First Amendment law and are causing irreparable harm to Plaintiffs and the public. Federal agents are not above the law. They cannot attack media and legal observers for trying to document and observe law enforcement activities --- that is the hallmark of a totalitarian regime.

The ACLU lawsuit represents a vital tool for defending the newsgathering function of a free press. It is unfortunate, however, that an organization, which describes itself as our nation's "guardians of civil liberties", failed to step forward to seek adequate relief for the manner in which the federal agents trampled on the Constitutional rights of peaceful protestors and bystanders. That, despite the fact that, in its own pleadings, the ACLU listed not only multiple occasions in which journalists and legal observers were victimized by police violence, but also acknowledged unprovoked assaults on peaceful protestors and bystanders.

In its TRO/Preliminary injunction motion, for example, the ACLU alleged that at 1:54 a.m., on July 12: "Federal agents began rushing out of the federal courthouse to eject protesters and neutrals alike from the area with tear-gas, impact projectiles, and physical force."

Those "protesters" included 26-year old Donovan La Bella, who, as reported by The Oregonian, had been peacefully standing alone, across the street from the courthouse, holding a speaker above his head. According to his sister, La Bella was broadcasting the lyrics of a hip hop tune that ironically included the words, "let's all come together, join hands."

After a tear-gas canister landed at his feet, La Bella picked it up, tossed it into the middle of the street, and again raised the speaker above his head. Without La Bella having shown "any sign of aggressive provocation," The Oregonian asserted on the basis of contemporaneous video, one of the federal stormtroopers fired an impact projectile at his face, striking La Bella at the center of his forehead, between his eyebrows and just above the bridge of his nose. La Bella was then hospitalized for skull and facial fractures. He underwent reconstructive surgery.

The problem isn't simply that the ACLU did not step forward to protect the First Amendment right of people like La Bella to engage in peaceful protests without being shot, injured or killed by federal police. The injunction it obtained protects only legal observers and those who the police know or should know are journalists.

The ACLU's narrowly crafted injunction ignores a 21st-century reality. Many individuals, often bystanders, are not readily identifiable "journalists". Yet, they perform the same important First Amendment function of baring witness and gathering news via cell phones and livestream videos. Indeed, it was a "bystander", (aka a "citizen journalist"), who provided a vital and damning video that has already led to the handing down of criminal indictments against four police officers in relation to the alleged police murder of George Floyd in Minneapolis.

Is there a valid reason why a bystander's First Amendment right to gather the news via cell phone video should be considered less deserving of First Amendment protection than the exercise of the same freedom of the press rights by easily identifiable, professional journalists?

Oregon to the rescue

Where the ACLU legal action was narrowly limited to protecting the press and legal observers, Oregon broadly sought to protect civil liberties guaranteed to all of its citizens by the 1st, 4th and 5th Amendments to the U.S. Constitution.

Oregon specifically addressed what Sam Seder of the Majority Report described as a "harrowing" incident, in which then unidentified stormtroopers snatched a man, Mark Pettibone, off a public sidewalk. Ignoring demands from legal observers to either identify themselves or the reasons why they grabbed him, the troopers then whisked Pettibone away in an unmarked van.

As Pettibone later explained to Oregon Public Broadcasting (OPB), he and a friend, Connor O'Shea, were returning home after attending a peaceful protest near the federal courthouse when they received a warning from others about people being grabbed off the street by guys in camouflage driving unmarked vans --- something that Pettibone regarded as "terrifying" because he and his friend had no way of knowing whether people were being picked up by federal agents or by right-wing vigilantes.

"You have laws regarding probable cause that can lead to arrests," attorney Juan Chavez, Director of the Oregon Justice Research Center, Civil Rights Project told OPB. "It sounds more like an abduction. It sounds like they're kidnapping people off the streets."

Pettibone informed OPB that he was driven to a building, which he later learned was the federal courthouse. The agents patted him down, "rummaged" through his belongings, took his picture, and placed him in a cell. Two agents returned to question him. After they provided a Miranda warning, the agents asked Pettibone if he was willing to waive his constitutional rights. Pettibone wisely asked for an attorney. The interview abruptly ended. Pettibone returned to his cell. Approximately 90 minutes later, Pettibone was released, sans any explanation as to why he'd been arrested or even being given the name of the agency that had abducted and detained him. Pettibone didn't even receive a record of his arrest.

In her legal filing, Oregon's AG notes that this abduction of a U.S. citizen had been carried out on the streets of Portland --- approximately 284 miles south of the U.S./Canada border --- by agents employed by the U.S. Customs and Border Patrol --- an agency whose mission is supposed to entail the prevention of "illegal trafficking of people and contraband" across U.S. borders.

Oregon's AG asserts that CBP's abductions and detentions, without probable cause, not only violated the civil rights guaranteed to its citizens by the 1st, 4th and 5th Amendments but also violate "the state's sovereign interests in enforcing its own laws and in protecting people within its own borders from kidnap and false arrest."