Home »  The Practice Of Law After COVID-19: Lawsuits To Watch 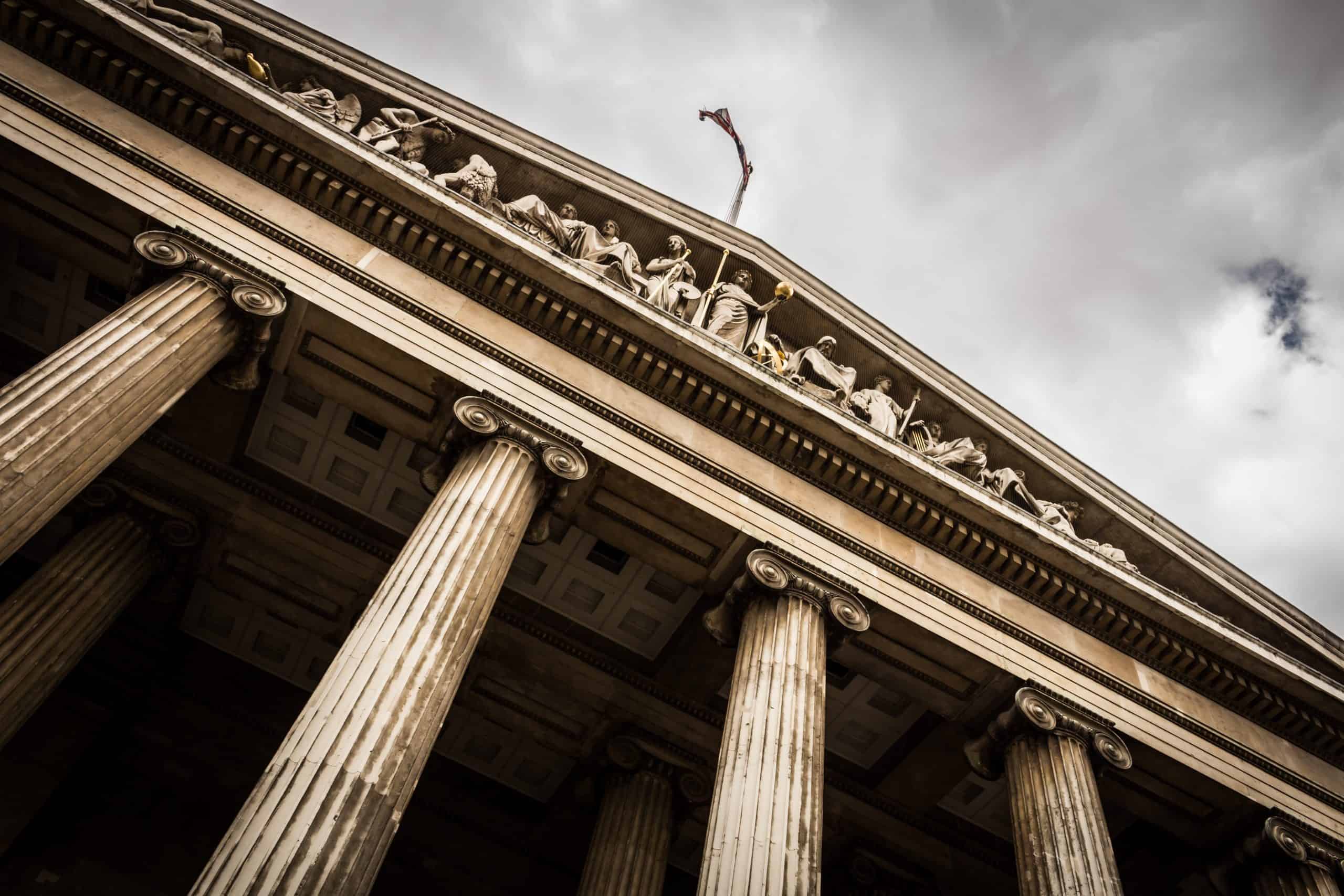 The Practice Of Law After COVID-19: Lawsuits To Watch

As the nation continues to weather the COVID-19 pandemic, the effect on the legal industry resulting from the global shutdown will ultimately be substantial, re-shaping the way litigation unfolds in the future. As court systems slowly begin to implement reopening plans with challenging and changing rubrics, the practice of law will need to evolve as well to accord with the “new normal.”

The 2020 Carlton Fields Class Action Survey—a report comprised of data from interviews with chief legal officers, general counsels and direct reports to general counsel at 400 large companies across a wide range of industries—was recently released. The survey states that as of May 2020, corporate America is facing more than 500 new class action suits stemming from COVID-19 and shutdown-related matters. It further breaks down the new class actions associated with the pandemic and reports that:

The survey conjectures that the full breadth of pandemic-related class action suits is yet to be seen, as risk remains prominent while the country continues to navigate the process of reopening.

The following details the types of cases that have seen an increase in filings since the start of the COVID-19 pandemic and are likely to continue to make headlines in the United States.

Transmission And Failure To Warn Cases:

As the country delves further into reopening businesses and schools, it reasonably follows that there will be an increase in the number of lawsuits filed related to how individuals and businesses reacted, or failed to react, to the danger the coronavirus presented. Companies will be closely scrutinized as to whether they properly ensured the safety of both their customers and employees, or whether they negligently enabled the spread of COVID-19.

One of the first pandemic-related class actions to surface was filed against the cruise line industry. Beginning in mid-March 2020, Americans became increasingly aware of the situation emerging on many cruise ships, wherein passengers were forced to quarantine onboard as a result of discovering the presence of the coronavirus.

Subsequently, a series of class actions were filed against various cruise lines alleging that many were aware of the risk that the coronavirus posed to passengers and crew, yet failed to immediately implement proper physical distancing measures and other preventative precautions to curb the spread of the highly-contagious virus. The suits allege that the failure caused extended forced quarantine periods onboard the infected ships, resulting in a greater number of individuals falling ill. Generally, the causes of action include general negligence, negligent failure to warn, negligent infliction of emotional distress, and intentional infliction of emotional distress.

As the COVID-19 pandemic worsened in the United States, many educational institutions closed physical campuses and instituted online learning. As such, students were encouraged to leave on-campus housing and were no longer able to take advantage of the programs and athletics offered by their institutions.

Despite the closures of campuses, many colleges and universities failed to reimburse students for unused portions of the fees paid for room and board and other campus services no longer available to students such as health facilities, student associations, athletic centers, and on-campus dining. In addition, plaintiffs involved in the suits claimed that the online studies offered were far inferior to on-campus learning and sought partial tuition reimbursement as well. Many class actions, similar in nature, were filed across the country for breach of contract, demanding reimbursement to students.

These suits are likely to continue to make headlines as universities and colleges unveil plans for the fall 2020 semester. Many students, citing a diminished college experience and an altered online or hybrid learning platform, are resisting the payment of full tuition.

The Coronavirus Aid, Relief and Economic Security Act (“CARES Act”) is one of the largest economic relief programs ever introduced by the United States government and has been utilized by American businesses to maintain operations during the pandemic and accompanying shutdown.

As expected with any large-scale financial assistance plan, resulting difficulties are unavoidable. In lawsuits filed regarding the CARES Act, plaintiffs allege that banks have failed to properly administer loans under the Paycheck Protection Program. Specifically, many are claiming that certain banks misused government funds available under the program by preventing qualifying small businesses from obtaining Small Business Administration loans while extending preferential treatment to larger businesses and pre-existing banking clients.

Plaintiffs in the suits similarly seek monetary damages, as well as injunctive and declaratory relief.

Exercising at a local gym or planning a trip to an amusement park are not activities likely to resume to their fullest extent in the near future. Despite this, many Americans have paid for gym memberships or theme park season passes that are not currently usable. In some cases, these payments may be subscription-based and automatically charged on a recurring basis to the holder’s credit card, regardless of whether or not the facilities or services can be accessed.

Plaintiffs in the resulting lawsuits seek refunds of membership fees and seasonal pass payments made to businesses that are currently closed. The suits bring causes of action for breach of express warranty, negligent misrepresentation, unjust enrichment, conversion, and breach of contract.

In the wake of the involuntary closure of many businesses, some companies have attempted to rely on insurance, only to be told by their carriers that the policies in place do not cover losses due to the COVID-19 shutdowns.. COVID-19 business interruption coverage lawsuits have been filed in courts across the country by a wide range of businesses, though most commonly by restaurants.

In several cases filed originally in Pennsylvania federal court, the presiding judge ordered the actions be transferred to state court. Judge Nora Barry Fischer of the Western District of Pennsylvania opined that if the federal court was to decide the matter, it would merely be predicting how Pennsylvania state courts would react to the novel issues surrounding denial of policy benefits. Judge Fischer went on to predict an influx of similar cases in the months to come.

Website Noncompliance With The Americans With Disabilities Act Lawsuits:

While lawsuits centered on the Americans with Disabilities Act (“ADA”), may not immediately come to mind, the surge in online sales due to “stay at home” dictates may result in an increase in cases filed under the ADA.

As retail establishments continue to move further away from traditional brick-and-mortar stores to focus on online sales, such a shift demands increased compliance with ADA standards. Digital interfaces must be accessible to all, especially given the considerable move toward virtual communication and commerce.

In the wake of the COVID-19 shutdown and, in many cases, a rapid decrease in business activity, some Americans have found themselves suddenly without employment. This has triggered a large number of Worker Adjustment and Retraining Notification (“WARN”) Act suits to be filed in recent months. According to the federal WARN Act, an employer must provide 60 days written notice of intention to lay off more than 50 employees during any 30-day period.

There are only three circumstances under which the WARN Act 60-day notice period can be reduced: (1) unforeseeable business circumstances; (2) natural disasters and; (3) in the instance of a “faltering” company. It is important to note that thus far, the government has yet to provide guidance on whether these affirmative defenses to the WARN Act will apply to the circumstances surrounding the COVID-19 pandemic.

WARN Act suits have already been filed in several states. The global nature of the current health crisis has encompassed every industry in its wake, the legal industry included, creating change on what seems like a daily basis. As the world adapts, entities will still be held accountable for injustices, perhaps to an even greater extent. It is yet to be seen what the overall effect will be, but those outlined are likely to be at the forefront of resulting litigations.