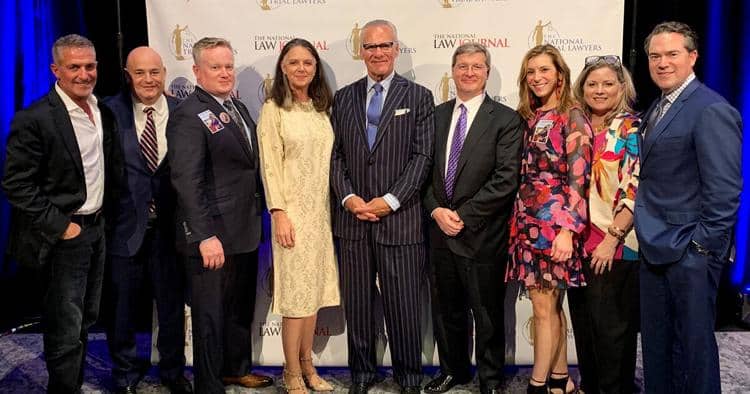 “Paul is relentless in his pursuit of justice for his clients,” Chairman John Simmons said. “Throughout his career, he has led groundbreaking cases against some of the most formidable opponents, always rising to the occasion and setting a precedent of success for those who follow. He has spent a lifetime advocating for the rights of his clients and we congratulate him on this well-deserved honor.”

Hanly is an experienced trial lawyer who has litigated, managed and tried numerous complex jury cases in virtually all areas of civil litigation over the past 40 years. In the last decade, Hanly has represented plaintiffs exclusively in mass tort and other complex civil cases, playing a leading role in the settlement of thousands of pharmaceutical cases resulting in recoveries in excess of $1 billion.

In October, as co-lead of the Plaintiffs’ Executive Committee for the National Prescription Opiate Multidistrict Litigation, Hanly and his team finalized a $260 million settlement deal with the remaining four defendants just hours before opening arguments were set to begin. The deal brought the total recovery to $325 million and avoided what would have been the first bellwether trial in the litigation. Earlier in 2019, Hanly served as co-lead counsel in a class action lawsuit that resulted in a $60 million settlement for more than 170 Haitian boys sexually abused by convicted pedophile Douglas Perlitz, who oversaw a Catholic school for impoverished children.

In addition to the cases Hanly spearheaded, the firm held leadership roles in several significant MDLs that contributed to its Law Firm of the Year award, including:

$34 million awarded to Arthur Putt, a former auto mechanic who was diagnosed with mesothelioma after he was exposed to asbestos-containing brakes manufactured by Ford Motor Co.