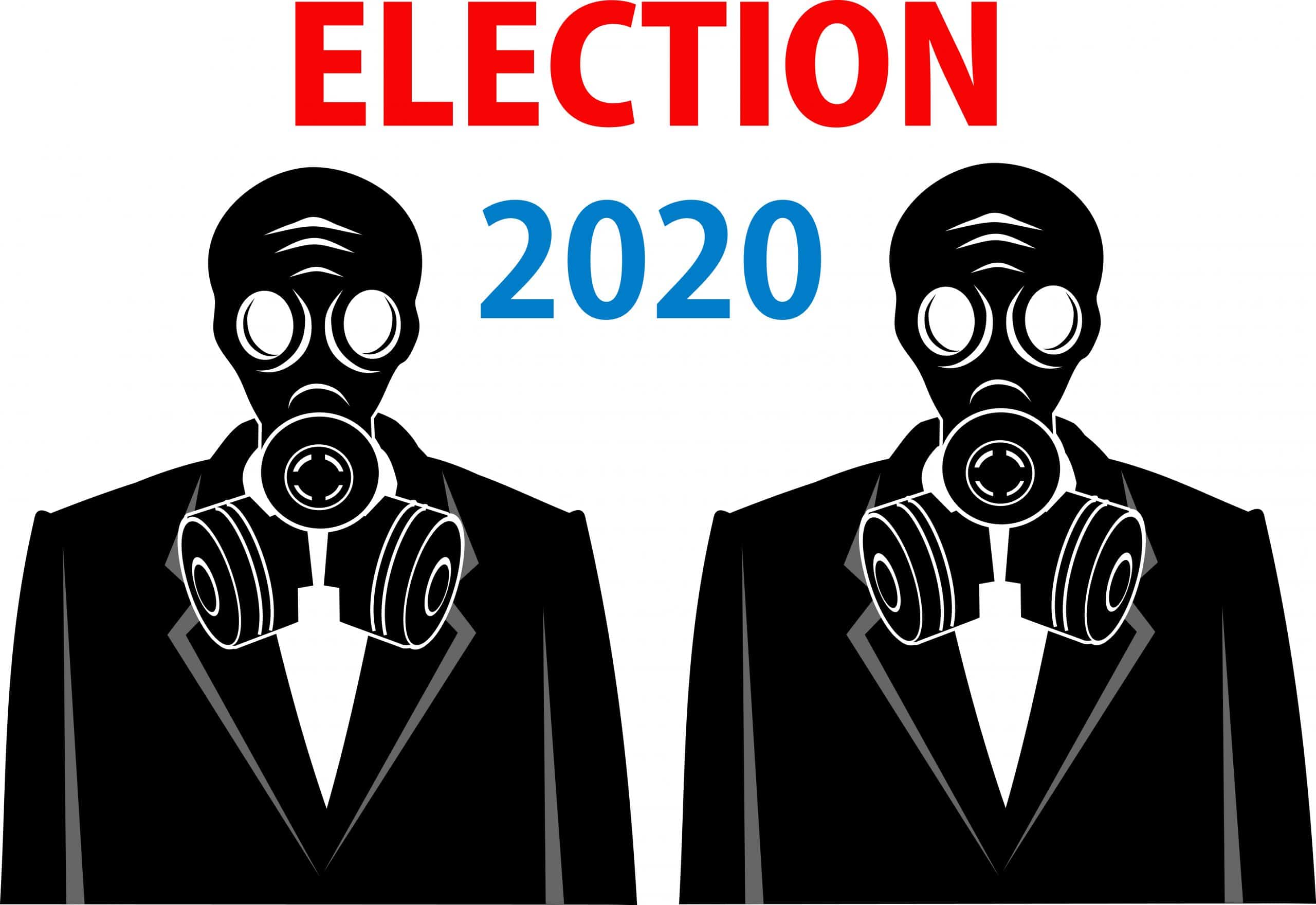 The Coronavirus Could Change American Elections…Forever

Across the country, as voting rights attorneys and election policy experts keep issuing increasingly detailed prescriptions on how 2020’s elections can continue in a pandemic, the civil servants who run elections are facing their version of a shortage of face masks and ventilators.

The first hints of a scramble over voting materials, machinery and manpower were behind-the-scenes actions following the seemingly simple decisions by ten states and territories to postpone primaries until June.

“Of course, there is nothing ‘straightforward’ about ‘simply’ postponing an election date,” noted Gavin Weise, election data manager for the U.S. Vote Foundation, which focuses on voting by Americans abroad. “All deadlines must be adjusted, materials reprinted with new dates, the workforce rescheduled, and facilities procured. In many cases, new resources are required as election administrators’ needs change — for example, to deal with the increased volume of mail ballots.”

“We have already contacted the vendor about leasing a high-speed scanner. Of course, everybody is [thinking about] doing that,” said Tammy Smith, Wilson County, Tennessee, assistant election administrator. “So, again, we get to the supply chain. Everyone is asking for the same thing all across the U.S. I’m concerned, are they going to be able to provide all of us with everything we need? If we can’t get high-speed scanners, then we need people.”

“I do have some pretty serious concerns about the supply chain,” said David Stafford, Escambia County, Florida, supervisor of elections. “I know a lot of people that are on this call have been participating in other calls. It’s not like these discussions have not already begun… Is there enough paper out there? Are there enough ballot envelopes to accommodate a massive expansion?”

Smith’s and Stafford’s remarks were from a March 25 e-briefing organized by Washington’s Bipartisan Policy Center to lay out the state of elections in the short term through the fall. Participants included state and local election administrators, foundation representatives, vendors, and congressional staff. Another speaker was Stephen Trout, the state elections director from Oregon, the first state to shift to voting by mail entirely.

“The challenge is going to be on the back end, where we have manual processes that have to happen. But I think the challenge that I don’t hear a lot of people talking about is the supply lines,” Trout said. “What’s your procurement process? For me, I still don’t have authorization to spend the federal funds that were granted in December [for cybersecurity] by my legislature yet. Then it will take me four-to-five months to be able to procure anything. Those are real things. People would have to procure central count vote tally systems, paper, [and] envelopes. There’s just a lot of logistics that would have to come into place — and that’s not even talking about the policies.”

The scramble for supplies goes beyond stocking in-person polling places and absentee ballot drop-off locations with “disinfectant, gloves and hand sanitizer, as well as additional pens for marking ballots,” as Weise noted.

These nuts-and-bolts concerns are not what most experts in election policy circles ponder. They are not the focus of legislative debates and lawsuits by partisans, which usually concern the laws and regulations that govern how voters are credentialed, how their ballots are validated, and how their votes are counted or rejected. Those issues, typically called policy, are from the political arena, which is not the same as civil servants doing their jobs.

“I think the biggest challenge my counties are having right now is with the social distancing in their [counting] boards that are opening the envelopes that are verifying the signatures,” Trout said. “And so we are looking… at setting up some temporary locations, either adjacent to the county election office. I had suggested maybe high school gymnasiums because the schools are all closed, and then I found out that those were the backups for the hospitals.”

Matthew Weil, the Bipartisan Policy Center’s elections project director, said the webinar was to help election managers and policymakers move from the speculation around what needs to happen to specifics about the likely shift to more remote voting in 2020. The supply chain issues were genuine, he said, adding that they were not the only issues facing election officials.

“They are in competition with each other over a limited number of machines, ballots, envelopes, etc.,” Weil said by email after the briefing. “Re: printing stock. Again, from some election officials, it is the case that some of the high-speed scanners may need a certain stock of paper that is milled only by a few plants.”

“The procurement timeline for states is very long,” he continued. “When the initial HAVA [Help America Vote Act cyber] security grants were made available in March 2018, many in the public were surprised when election officials told them there would be little impact on the 2018 election. That includes members of Congress. But the reality is the government procurement processes are lengthy and usually involve soliciting multiple bids. Whether it can be faster under states of emergency, I don’t know.”

Another large area of unknowns were policy changes — state laws and administrative rules — that would govern the fine print of voting by mail. During the e-briefing, Trout listed many examples of decisions that affect how voters, their ballot envelopes, and their ballots would be processed.

“Those are all huge policy questions that are going to have to be decided if people are trying to move to a vote-by-mail process that never have” had one, Trout continued. “Those are big policy calls that are going to have to be made. This election [was already] contentious enough before we added all of this virus stuff to it. Any time you’re changing laws in the middle of a major election, that’s just fuel for lawsuits if results end up being close. You can’t just jump into this. We have to make sure that we do it right.”

Whether those policy questions will be addressed promptly by states is another open question because most legislatures have adjourned either temporarily or for the rest of the term, Weil said.

“Most could come back, though whether they will focus on election policy concerns over other pressing needs is unknown,” he said. “Some of the changes being made now are through executive orders [by governors] and authority given to governors by states of emergency. When those states of emergency are lifted, if before November, it’s not clear whether legislatures will endorse all of the executive’s actions for November. It varies by state.”

Beyond questions of whether policies will be updated, and whether there will be supply and personnel shortages — due to the need for additional poll workers to process a surge in absentee ballots — are still other concerns. Even if election policy changes were made, election workers would need training in new procedures.

The next sign of how states are adapting to this changing landscape will likely be in June when they will conduct their presidential primaries. States like Wisconsin, which does not have a history of widespread voting by mail, will see hundreds of thousands of ballots cast that way, Charles Stewart III, the co-founder of the MIT Election Data and Science Lab, told the webinar.

“So we’re going to learn a lot over the next few weeks about the uptake among voters,” he said, adding that the big test will be next fall when a different electorate will turn out. “We need to remember that the new voters coming into the electorate in November will not be necessarily the ones who are voting in these primaries.”

Whether election managers will be able to accommodate these voters is an open question that cannot be answered now. The best that they may be able to do is proactively flag issues like supply shortages, policy gaps, and other emerging concerns, such as registering voters when state offices are closed. All these challenges are new and not occurring in a vacuum.

“Everybody is focused about how we are going to deal with the virus and all that, but the [cyber]security threat is still real. It may be more of a threat in the current environment,” Trout said. “My biggest concern as we entered 2020 was misinformation. I think that’s still my biggest concern. Given people concerned about how they’re going to get their ballot cast, questions about how vote by mail really works, I think that we are susceptible to even more disinformation…

“We all knew 2020 was going to be a crazy year, even before we had all the security and the pandemic to deal with.”