Home »  Big Pharma Tries To Cash In On COVID Crisis 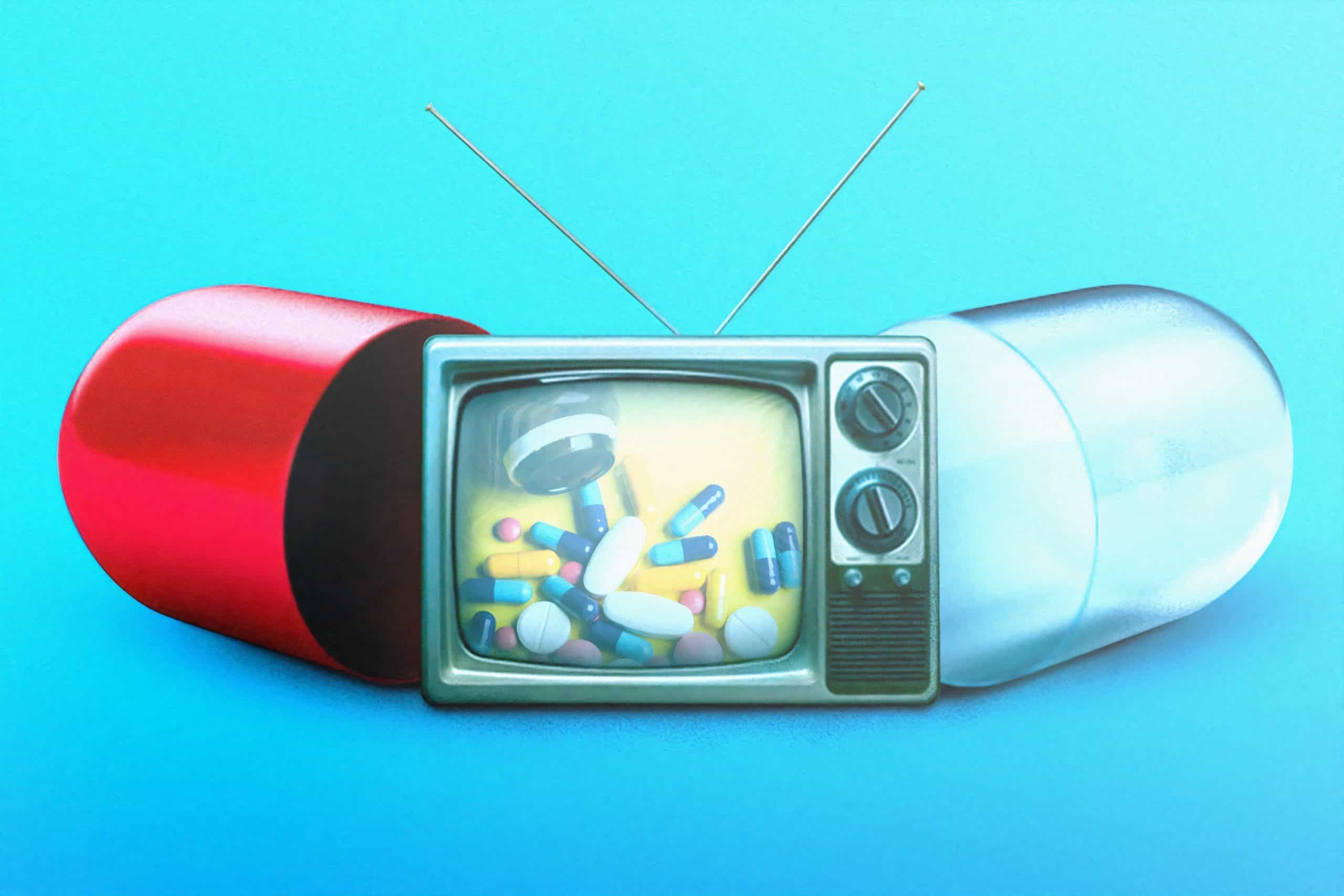 Big Pharma Tries To Cash In On COVID Crisis

Stuck at home? Watching a lot of TV? Pharma’s way ahead of you.

In April, TV ad expenditures for the top 10 prescription drugs increased to $183 million from $156 million in March, according to FiercePharma. Topping the list was AbbVie’s rheumatoid arthritis drug Humira which, along with six other drugs, accounted for a $5.1 billion jump in U.S. medical spending last year, according to Doc Wire news.

AbbVie increased Humira’s price by 15.9% in 2019, which equated to a $1.857 billion increase in the health care dollars it rakes in despite “no new research or evidence over the past three years [that] has supported these increased prices,” says the site, The price of the aggressively advertised Humira vaulted from $19,000 a year in 2012 to $38,000 in 2018 says the Huffington Post.

According to FiercePharma, AbbVie spent $52.9 million advertising Humira in April, as the nation locked down. The figure was double the ad budget of its next closest competitor and included a voice-over telling COVID cash-strapped viewers that AbbVie “may be able to help” with drug prices.

Humira is the poster child for Pharma’s profit party of extreme priced, liquid “biologic” drugs like Enbrel, Remicade and Cimzia that require injections. Wall Street loves biologics, which make thousands per patient per year, Enbrel, for example, netting $67,000 per year per patient.

Biologics also represent less competition than lowly pills since their generics, called biosimilars, do not have a clear and easy path to market as pill generics. Since the Biologics Price Competition and Innovation (BPCI) Act of 2009, only 18 biosimilars have been approved for U.S. marketing with few available on the market and none approved as interchangeable with biologics says Health Affairs.”

How lucrative is Humira? It enabled its original company, Abbott, to create an entirely new company, AbbVie, dedicated to Humira sales only in 2013.

Price Is Only One Humira Issue

If price were the only objection to the $20 billion a year Humira franchise, it would be no different from the many specialty and cancer drugs that also raise our taxes and health care costs while lining Pharma’s pockets. Think Novartis’s cancer drug, Kymriah, which costs $475,000 per patient, Actimmune, for chronic granulomatous disease, priced at $52,321.80 for one month, and the gallstone drug Chenodal priced at $42,570 for one month. We all know the price of Hep C drugs.

But Humira is also a dangerous drug whose risks are occluded by “go on–be happy” advertising. For example, the Milwaukee Journal Sentinel reported last year that “Humira has been linked to 169,000 reported serious adverse events and 13,000 reports of deaths,” despite the saccharine ads. It is linked to life-threatening fungal infections and sepsis, it adds.

According to the Journal Sentinel, since 2000, the FDA has issued more than “25 warnings and safety communications” for Humira and similar biologic drugs–all after the drugs were approved for use in patients. “The Journal Sentinel review found warnings for various fungal and bacterial infections, as well as rare viral brain infections. Other warnings included tuberculosis, flesh-eating bacteria, various neurological conditions, liver and heart failure, as well as lymphoma and other cancers.”

Drugs like Humira “are not selling on the merits alone. Otherwise, they wouldn’t need all the advertising,” said Dr. Rita Redberg, editor of the journal JAMA Internal Medicine, and a professor of medicine at the University of California, San Francisco.

While AbbVie was still a gleam in Abbott’s eye, it enlisted the public relations giant Edelman, and Pharma ad agency, Harrison and Star to create buzz. Abbott gave out free samples of Humira to seniors in 2003 while lobbying Congress to get the drug paid for by Medicare–a maneuver that worked. Abbott announced it would “provide its recently approved rheumatoid arthritis drug free to Medicare patients without drug coverage until the government agrees to pay for the medicine,” said the Chicago Tribune. As meth dealers say, “first taste free.”

Financial arrangements with medical associations didn’t hurt sales. For example, between 2013 and 2017, the American Academy of Dermatology received $2 million in grants and donations from AbbVie, reports the Journal Sentinel.

AbbVie’s “nurse ambassador” program, which began in 2012, was especially sleazy. Registered nurses were paid to go to the homes of people taking Humira but, according to a lawsuit, they downplayed the risks of cancer and serious infections and were instructed to avoid directly answering patient questions about such serious side effects. If nurses must be sent to homes, the drug is certainly not “selling on the merits alone.”

“Through the program, doctors allegedly got kickbacks in the form of cash, meals, drinks, gifts, trips, even patient referrals,” wrote the Journal Sentinel. “One court document indicates the national program reached 179,000 patients.”

A California lawsuit alleges the program began as a pilot effort in 2012, developed a presence in California in 2013 and soon became “wildly successful in this state and others.” California Insurance Commissioner Ricardo Lara told the Journal Sentinel private insurers in California alone likely “paid out $1.2 billion in Humira claims from 2013 to 2018, making it potentially the largest insurance fraud case in the department’s history.”

Humira was approved by the FDA in 2002 for moderate to severe rheumatoid arthritis only. Once approved, it experienced “indication creep” and was approved for psoriasis, psoriatic arthritis, Crohn’s disease, and ulcerative colitis. Despite its attempt to capitalize on a COVID-quarantined audience, AbbVie advertising did not increase web visits that would drive sales. “The number of monthly visits to the Humira.com site stayed relatively stable, decreasing very slightly from 518,000 visits in March to 502,000 visits in April,” reported Pharmaceutical-technology. People may have been more concerned about COVID the site speculates.