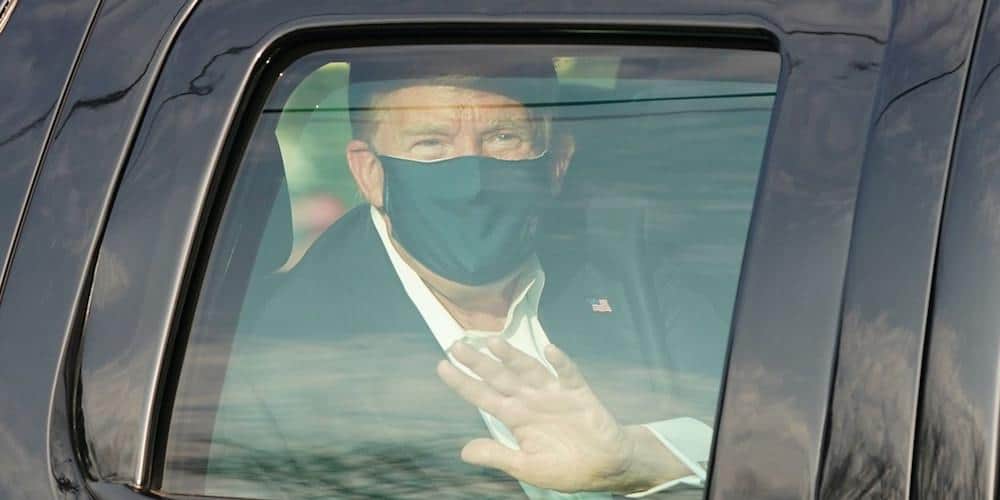 Trump Criticized for Leaving Hospital Room to Drive by Supporters

WASHINGTON — President Donald Trump on Sunday briefly left his hospital room at Walter Reed National Military Medical Center, where he is being treated for Covid-19, to drive past a group of supporters, a move medical experts and Democrats swiftly criticized as "insanity."

The president posted a video to his Twitter account around 5:15 p.m. announcing that he would "pay a little surprise to some of the great patriots that we have out on the street." A few minutes later, the presidential motorcade slowly drove by the perimeter of the hospital, where a crowd had been gathering since Friday night. Trump was seen through the window of an SUV waving and wearing what appeared to be a cloth mask, as opposed to a more protective N95 mask.