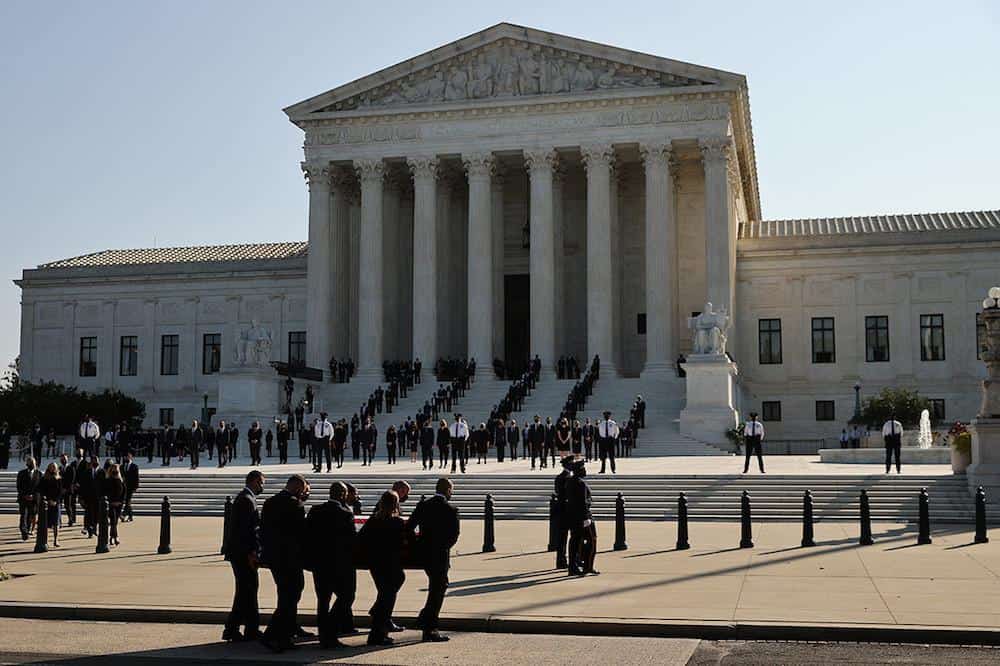 One of Ruth Bader Ginsburg’s colleagues on the Supreme Court remembered the late justice Wednesday as a “star'' jurist and a fierce warrior whose personal experiences with discrimination fueled her fight for equality and improved life for all in her nearly three decades on the bench.

In an emotional eulogy at the high court on Wednesday, Chief Justice John Roberts likened Ginsburg, who died on Friday of complications from cancer, to family, and called her a force on the court despite her small stature.

“Her voice in court and in our conference room was soft but when she spoke, people listened,” Roberts told a small group of her family, friends and fellow Supreme Court justices. “She was not an opera star, but she found her stage right behind me in our courtroom. There she won famous victories that helped move our nation closer to equal justice under law.”