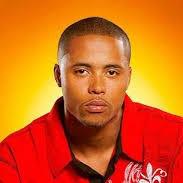 Settlement ends the horror story that was the Jamal Trulove case -- but none of the people charged with putting an innocent man in jail has faced any discipline.

The Board of Supes is set to approve a $13.1 million settlement of a lawsuit filed by a young man who, a jury found, was framed by the SFPD for a murder he did not commit.

Jamal Trulove spent more than six years in prison for killing his friend Seu Kuka. His sentence was overturned on appeal, after the appellate court found that the SF District Attorney’s Office had presented faulty evidence to the jury. “This yarn was made of whole cloth,” Presiding Justice Anthony Kline wrote.