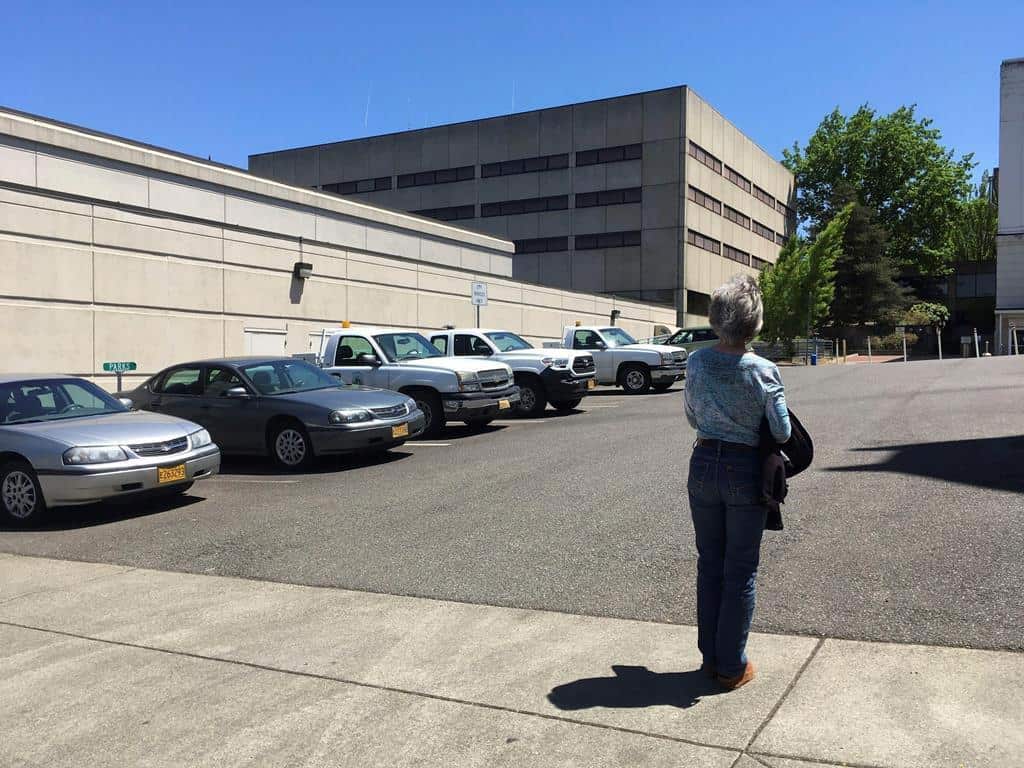 Terry Carlisle looks at the Douglas County Jail in Roseburg, Ore., where she was incarcerated under what she describes as horrific conditions in 2015 for drunken driving.

Carlisle was locked up in 2015 for driving under the influence. She says a jailer accused her of hoarding her medication for a nerve disorder and punished her by moving her to a hot, stinking cell for six days crammed with other female inmates with one open toilet.