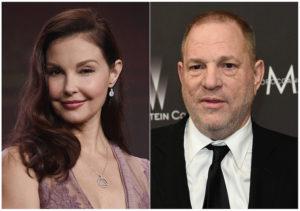 Judd, 50, argues Weinstein torpedoed her career after she rejected his sexual advances in a hotel room two decades ago. Judd says Weinstein, now 66, told directors she was “a nightmare” to work with, causing her professional and economic harm.