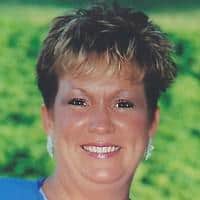 A 51-year-old former Belleville Township employee was paid $235,000 to settle a lawsuit she brought against the municipality after she alleged her co-workers made their work environment “sexually hostile," saying one even squirted breast milk at her.

Cheryl Jeannette first filed the lawsuit against the township in 2015, the year after she resigned from her job as a court administrator, claiming she "could not continue to work in the hostile environment,” court documents show.