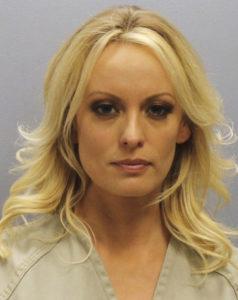 Miranda Panda of Marion County and Brittany Walters of Franklin County worked at the Sirens Gentlemen’s Club in Columbus where Daniels, real name Stephanie Clifford, was arrested after making a VIP appearance at the club as an exotic dancer in July.