Home »  Philip Morris Pushes Back on $20M Verdict for Ex-Smoker 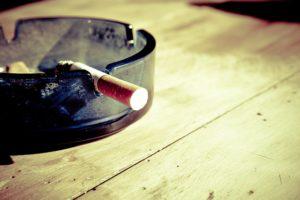 Philip Morris Pushes Back on $20M Verdict for Ex-Smoker

ATLANTA (CN) – Attorneys for cigarette giant Philip Morris asked the 11th Circuit on Wednesday to order a new trial after a jury awarded $20 million in punitive damages to a former smoker who claimed her decision to take up the habit was influenced by the company’s ads.

Alternatively, Philip Morris asked the 11th Circuit panel to affirm a district court order vacating the $20.7 million award and reject the ex-smoker’s demand to reinstate the judgment in her favor.