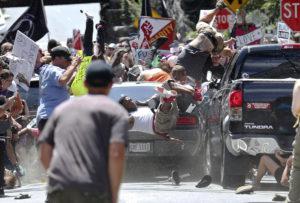 CHARLOTESVILLE – A federal judge ruled Monday that a lawsuit filed by victims, counter protestors and residents against the organizers of a white supremacist rally that left one woman dead last summer can continue.

In a 62-page ruling, U.S. District Judge Norman Moon said the plaintiff’s “plausibly alleged the defendants formed a conspiracy to commit the racial violence that led to the plaintiff’s varied injuries.”