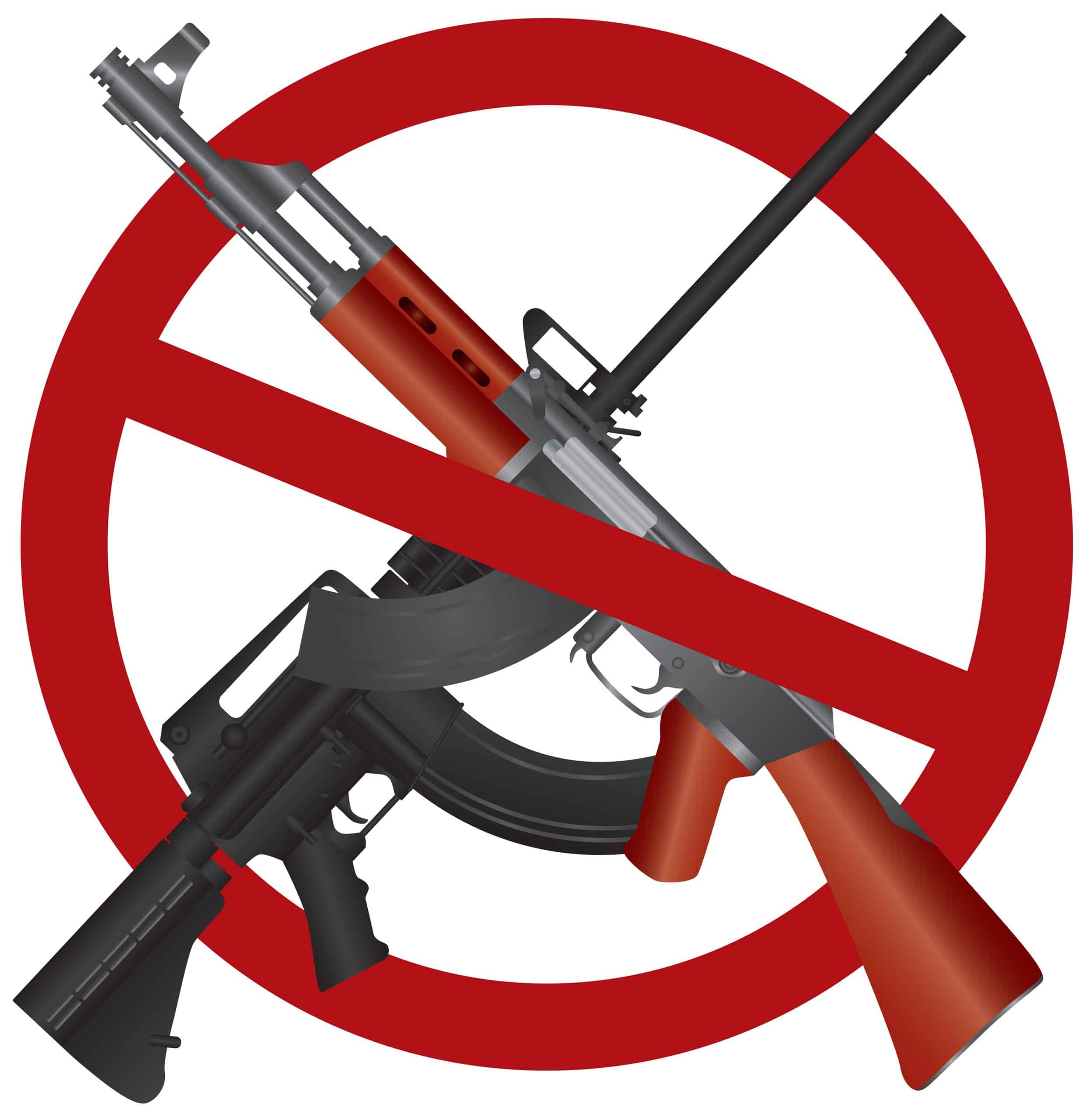 On the evening of Thursday, February 1st, my wife received a phone call that left her in complete shock. She is a special education teacher at a middle school in Florida. The phone call was from her principal, informing her that a threat had been made on social media. The threat came from a student who claimed that he was coming into the school on Friday the 2nd to shoot his classmates. The principal had to call each teacher individually to let them know about the threat, and to inform them that police had been contacted and that they would have police officers stationed around and inside the school all day Friday. That information was of little solace to my wife and her colleagues.

On Friday morning, she prepared for work as best she could, her nerves completely destroyed. She didn’t want to go to work, but she felt that it was her responsibility to protect her students if the threat materialized. Before she left for school, she hugged me and the children with tears forming in her eyes, understanding that this could be the last time that she ever sees us.

Luckily for our family and the family of everyone at her school, the threat never materialized. Police officers identified and apprehended the suspect before school began that Friday and they determined that the suspect did not have the means to carry out the threat that he posted on Snapchat. He still faces prosecution and there is little sympathy amongst the teachers, parents, and students who feared for their lives that day.

Far too many educators, students, and families have lived through this reality in our country, and many of them were not as lucky as we were. Too many parents have had to lay their children to eternal rest because they went to school one day. At school, the one place where we as a country believed that children would be safe, our kids are being slaughtered.

On Valentine’s Day, February 14th, 2018, Nikolas Cruz entered his former high school — Marjory Stoneman Douglas High School in Parkland, Florida — armed with an AR-15 rifle. He proceeded to murder 17 of his former classmates and teachers and injured another 14 in the span of six minutes. The incident is now one of the top ten deadliest mass shootings in American history.

In the immediate aftermath of the shooting, politicians took to Twitter to offer their usual “thoughts and prayers” that always seem accompany mass shootings in the United States. They expected this shooting to grab headlines for a few days and then to fade into the abyss of shooting statistics that too many of these shootings seem to fall into. But what happened in the days following the shooting was nothing short of miraculous. While still mourning the loss of their classmates, their teachers, and their siblings, the students of Marjory Stoneman Douglas High School showed that they weren’t about to fade into oblivion. They would not let their slain classmates simply become statistics. They were going to change the way the United States thinks about guns, and they accomplished more in the week following the shooting than we could have ever imagined.

Using social media platforms and mainstream media interviews, the survivors of the shooting demanded that politicians begin to take the issue of gun control seriously. They wanted to start a national dialogue about our backwards gun laws in the US — gun laws that have allowed the United States to rank number one among other industrialized nations in the number of mass shootings that take place. This is a uniquely American phenomenon, and these students sought to correct that.

The main target of the students’ collective ire was the National Rifle Association. The NRA pumped more than $54 million into the 2016 election, money that mostly goes to Republican politicians. This happens nearly every election cycle, with tens of millions of dollars from the NRA going to Republicans to help shape the national conversation on guns, even as more and more of our fellow citizens are slaughtered at rates not seen anywhere else in the world.

But in spite of their usual ability to shake off bad publicity within a few days of mass shootings, the students who survived the ordeal did not relent. They did not back off, and they began demanding that our elected officials answer for the blood money that they had been taking from the organization that has spent decades fighting to put weapons of war into the hands of American citizens.

Just days after the shooting, Florida Senator Marco Rubio attended a town hall hosted by CNN, where he was confronted by students of Stoneman Douglas. When asked point blank if he would continue accepting money from the NRA, Rubio danced around the issue and never said “no.” Following his lackluster performance, students at the school proposed that we rename AR-15s to “Marco Rubios” since they were so easy to buy, a play on how Rubio and his fellow Republicans have allowed the millions of dollars they have received from the NRA to dictate their gun policies. Rubio has personally taken about $10,000 from the organization, a seemingly small amount, but it is anywhere between 5 and 10 times more than other politicians in the state of Florida.

Not long after the town hall and the subsequent online beating that Rubio took, he appeared to change his tune. He announced that he would be open to stricter standards for buying guns, though he never did change his mind about accepting NRA campaign funds. But his newfound stance on gun control didn’t stop Rubio from taking to Twitter to berate those same teenagers who exposed his allegiance to the NRA. Just one week after the townhall gathering, Rubio tweeted the following: “The debate after #Parkland reminds us We The People don’t really like each other very much. We smear those who refuse to agree with us. We claim a Judea-Christian heritage but celebrate arrogance & boasting. & worst of all we have infected the next generation with the same disease.”

Rubio is the one that is infected. He’s infected with corporate money that is being used to sway his voting behavior. He’s infected with NRA money that is corrupting his own morals and sense of duty to protect children in the United States. His desire to win his next election is more important than the families and communities that he was selected to protect in the US Senate, and his paltry gun control solutions — that he almost immediately backed away from — will do nothing to actually solve the problems facing this country.

And although the Florida legislature refused to take up a ban on assault weapons following the shooting — even as survivors from Stoneman Douglas stood in the crowd watching the vote in horror — Florida governor Rick Scott announced that he wanted to raise the minimum age requirement for assault rifles in the state.

President Donald Trump also began to soften his stance on gun control. Within a week of the shooting, Trump said that he would support a ban on “bump stocks” as well as tightened background checks for those seeking to purchase firearms. While both of these would be hugely positive moves, it is important to note that these are the GOOD things that politicians suggested — they’ve come up with a laundry list of horrible ideas to tackle gun control since Parkland, too.

For example, Donald Trump believes that the best way to stop school shootings is to have teachers carry guns. Not only is this idea universally despised by teachers, but it also would create even more casualties during shootings and would present a problem for law enforcement officers who arrive on the scene to stop a shooter. If they enter a school and find several people shooting at one another, they are going to do whatever it takes to neutralize all of the shooters.

The idea of arming teachers is one that is whole-heartedly supported by the NRA because it would result in more firearms being sold in the United States. More firearm sales means more money for the funders of the NRA, which in turn would mean that the NRA would have more money to hand over to corrupted politicians, which helps explain why so many Republican politicians support this plan.

The most important thing to remember in all of this is that these proposals and the continued dialogue about gun control is the result of these brave students coming forward and forcing this conversation on the public. They have shown that they will not back down, and that they will hold politicians accountable for their actions now and in the future. Those Florida legislators who voted against bringing an assault weapon ban bill to the floor? Those students will remember that when they start voting. Marco Rubio refusing to denounce the blood money that he and other Republicans take from the NRA? Those students will remember that when they head to the polls to cast their votes.

These students represent a new era in American politics where politicians are forced to respond to the will of the voters. An overwhelming majority of people in this country — including NRA members — support tougher background checks, they support waiting periods, and they support sensible restrictions on assault weapons. And they are being led right now by citizens who haven’t even hit the legal voting age.

These students are assuming leadership roles that will, hopefully, be roles that they continue to hold as they grow older. These students are the next generation of American leaders and American voters. And even though conservatives are trying to drag them through the mud by making outlandish claims that they are “crisis actors” or that they are being “funded by the DNC and George Soros,” they aren’t backing down. That’s what real leadership looks like, and it scares the hell out of our elected officials.