Home »  How do you handle a problem like Roy Moore? 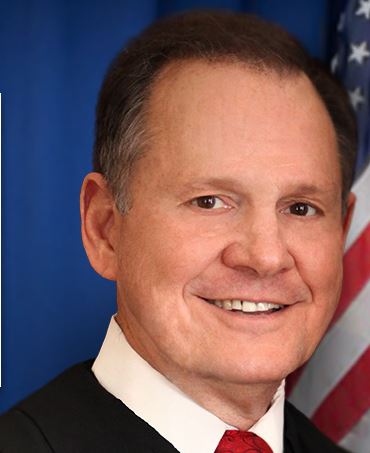 How do you handle a problem like Roy Moore? 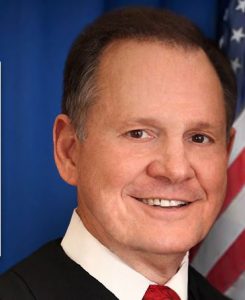 Roy Moore, former chief justice of the Alabama Supreme Court and Republican candidate for US Senate, continues to deny charges from five woman who accuse him of sexual misconduct. All of the women were teenagers when Moore is said to have committed the sexual misconduct. Yet the mountain of evidence against him continues to grow. Slate writer William Saletan has come to the conclusion that Moore is flat out lying, based on the evidence against him. The latest accuser, represented by National Trial Lawyers Executive Committee member Gloria Allred, says Moore grabbed her by the throat, tried to force her head into his crotch, and locked her in his car to prevent her escape. Despite all this, Moore continues to double down and deny the allegations, even after the latest accuser, Beverly Young Nelson, produced Moore's signature in her high school yearbook.

Senate Majority Leader Mitch McConnell and House Speaker Paul Ryan (video) have both stated that Moore should step aside and withdraw from the race. Attorney General Jeff Sessions, whose former Senate seat Moore is campaigning for, also says he has no reason to doubt the women accusing Moore (video).

These accusations aren't even the only issues with Moore, who was twice removed from office as chief justice of the Alabama Supreme Court. The first removal happened in 2003 after he defied an order from the US Supreme Court to remove a granite sculpture of the Ten Commandments from the Alabama Supreme Court building. The second happened in 2012, when Moore was removed from office for again refusing to follow a judicial order when he instructed probate judges in Alabama not to issue marriage licenses to gay couples.

Moore is also accused of questionable activity at his Foundation for Moral Law. A watchdog group is asking the IRS to investigate the foundation for allegedly misusing its' tax-exempt status. The foundation promised Moore $180,000 a year in salary, and Moore holds a promissary note worth more than half a million dollars if the foundation can't pay up, according to Al.com.

Moore's refusal to withdraw from the race is proving to be a vexing problem for Republicans. If his opponent, Democrat Doug Jones, wins, the GOP hold on the Senate becomes even more tenuous. And if Moore wins, which is still possible, some Republicans say he should be ousted from the Senate.

The special election for Alabama's US Senate seat is scheduled for December 12.