Home »  Pharma bro's lack of self control lands him in jail

Pharma bro's lack of self control lands him in jail 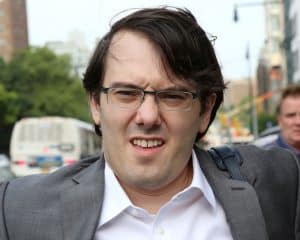 Martin Shkreli, the "pharma bro" America loves to hate, finally went too far with his bizarre comments and now has plenty of time to consider his actions in jail. On Wednesday, US District Judge Kiyo Matsumoto revoked his $5 million bail because of Shkreli's bounty on Facebook where he offered $5,000 for a hair from former presidential candidate Hillary Clinton's head. A jury convicted Shkreli (who is represented by NTL Executive Committee member Benjamin Brafman) of three counts of fraud in August for his involvement with two hedge funds and a pharmaceutical company. Now he'll sit in a cell until his sentencing hearing in January, when he'll face up to 20 more years in prison. Is Shkreli a poster boy for Big Pharma, or just another arrogant loudmouth with Internet access? Slate has more on how Shkreli's arrogance ended his freedom.