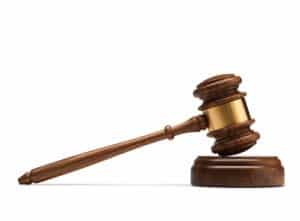 WASHINGTON, D.C. – The Lawyers’ Committee for Civil Rights Under Law (Lawyers’ Committee) released its report evaluating the available civil rights record of Supreme Court nominee Judge Brett Kavanaugh. The report offers a careful and comprehensive examination of Kavanaugh's record on cases concerning civil rights matters, including criminal justice, voting rights, fair housing, education, reproductive rights, environmental justice and access to justice issues – matters central to the Lawyers’ Committee’s mission. The report is based primarily on the opinions authored or joined by the judge during his time on the D.C. Circuit.

“We do not arrive at this position lightly, having taken several weeks to carefully asses Judge Kavanaugh's record both on and off the bench, with a focus on the implications that this nomination will have on African American communities across the country,” said Lawyers’ Committee President and Executive Director Kristen Clarke.  “Simply put, we do not find that Judge Kavanaugh brings a commitment to protecting and safeguarding civil rights.  The Supreme Court has always occupied a central place in American democracy as the arbiter of some of the most impactful cases that typically arise across our country.  We urge the Senate to focus on Judge Kavanaugh's record concerning the interpretation and application of the Constitution and federal civil rights laws. We make this request recognizing that hundreds of thousands of documents concerning Judge Kavanaugh's time at the White House remain outstanding, significantly impairing the ability of the Senate to carry out its constitutional obligation to provide advice and consent.”

Judge Shira Scheindlin, Co-Chair of the Judicial Nominations Committee of the Lawyers’ Committee for Civil Rights Under Law, stated: “The Senate Judiciary Committee must closely examine Judge Kavanaugh’s record to determine whether he truly brings a commitment to fairly interpreting the Constitution and federal civil rights laws.  Our country deserves a Justice who will be faithful to the principle of equal justice under law.”

Edward Correia, a Member of the Judicial Nominations Committee, stated: “At its finest moments, the Supreme Court has promoted racial tolerance, protected the rights of the disadvantaged, and made sure that every person, including Presidents, are subject to the rule law. The question for the Senate is whether Judge Kavanaugh will advance those goals.”

Since its creation in 1963 at the urging of President John F. Kennedy, the Lawyers’ Committee has been devoted to the recognition and enforcement of civil rights in the United States. While we have seen significant progress, the challenges of unlawful discrimination remain. Recognizing the Supreme Court’s critical role in civil rights enforcement and the central role that the Court plays in our democracy, the Lawyers’ Committee has long reviewed the record of nominees to the Court to determine if the nominee demonstrates views that are consistent with the core civil rights principles for which we have long advocated.

In evaluating nominees to the Court, the Lawyers’ Committee has employed a rigorous standard with two distinct components: (1) exceptional competence to serve on the Court based on education, experience and engagement in the legal system at the highest levels of responsibility, and (2) profound respect for the importance of protecting the civil rights afforded by the Constitution and the nation’s civil rights laws based on a large body of civil rights opinions or comparable information from statements and activities other than service on the bench.

In its report, the Lawyers’ Committee for Civil Rights Under Law outlines its grave concerns regarding the pending nomination of Judge Brett Kavanaugh, with a focus on issues of great concern to our organization and our clients, the majority of whom are African American and other disadvantaged minorities. The report notes that in his criminal justice decisions, Judge Kavanaugh takes a narrow view of constitutional rights, particularly Fourth Amendment rights. The report also raises concern regarding his views on educational opportunities and students with disabilities. In addition, the report notes that Judge Kavanaugh has written a number of opinions on employment law issues in which he has generally affirmed district court decisions dismissing claims asserted by people of color, women, and disabled people. The Lawyers’ Committee also observed that the Senate must explore Judge Kavanaugh’s commitment to fairly interpreting and applying laws such as the Voting Rights Act of 1965, the Affordable Care Act, and the Environmental Protection Act.

A copy of the report is available here.

A letter signed by close to 100 members of the Board of Directors of the Lawyers’ Committee for Civil Rights Under Law can be found here.