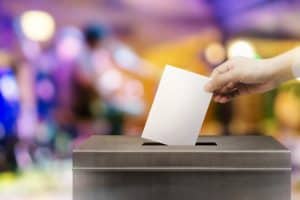 WASHINGTON, D.C. –The Lawyers’ Committee for Civil Rights Under Law issued the following statement in response to Attorney General Jeff Sessions’s latest announcement regarding plans for the deployment of federal personnel to polling sites on Election Day:

“In stark contrast to how federal personnel have been deployed in the past, Attorney General Jeff Sessions does not have his eyes set on voter suppression and last minute intimidation but is instead using this moment to further promote a false narrative about voter fraud," said Kristen Clarke, president and executive director of the Lawyers' Committee for Civil Rights Under Law. "At every turn, this Justice Department has failed to take action to enforce the Voting Rights Act and protect the interests of minority voters.”

Clarke continued, "As the record makes clear, this Justice Department has been and continues to remain silent on voter suppression efforts unfolding in Georgia and elsewhere. In fact, the silence from this Justice Department in the face of the significant threats and obstacles that minority voters have faced has been deafening. In abandoning this work, they have left minority voters increasingly vulnerable. We will be watching the actions of the Justice Department's personnel with great skepticism tomorrow, and given Sessions' focus on fraud, will be vigilant for any federally-driven attempt to intimidate voters at the polls. We urge voters who require trusted help to also contact our non-partisan Election Protection hotline at 866-OUR-VOTE with any complaints regarding voting through Election Day."

This statement follows a recent October 30, 2018 announcement by DOJ outlining its commitment to prosecuting ballot fraud. The Lawyers' Committee for Civil Rights Under Law leads Election Protection, the nation's largest and longest-running, non-partisan voter protection program anchored by the 866-OUR-VOTE hotline. The Lawyers' Committee will be monitoring elections and providing support to voters through Election Day.