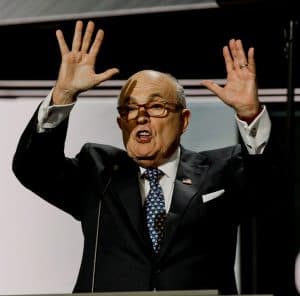 The president's legal spokesman, Rudy Giuliani, is trying to explain exactly what he meant when he said "truth isn't truth" in an appearance Sunday on NBC's Meet the Press. Giuliani was being interviewed about the possibility of Donald Trump being interviewed by Robert Mueller's team investigating possible links between the Trump campaign and Russia.