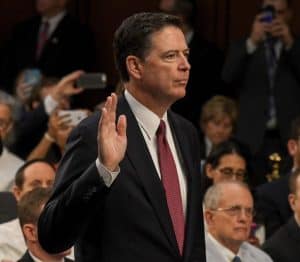 James Comey, the FBI director fired by President Trump in 2017, says he's concerned about Trump's unrelenting attacks on the agency. Comey says Trump's attacks on the FBI and the Department of Justice are undermining confidence in the agencies. Comey made the comments in June to The Atlantic at the 2018 Aspen Ideas Festival. The former FBI director says Trump's criticisms are eroding trust in the Justice Department, which are built on the foundations of nonpartisanship and accountability.