Attorney General Bill Barr is testifying to Congress for the first time since he released his summary of the Mueller Report. Barr is appearing to discuss the Department of Justice budget with the Commerce, Justice, Science and Related Agencies Subcommittee of the House Appropriations Committee, but he's expected to face questions from Democrats on the Mueller report. NBC News is carrying Barr's testimony live:

A federal jury has awarded $2 million to a former state prison inmate who sued the New Mexico Department of Corrections and two prison guards, alleging he was subjected to cruel and unusual punishment after being confined in a metal box inside a transport van for hours on a hot summer day in 2013.

The inmate, Isaha Casias, claimed that at one point during a 339-mile ride he lost consciousness and when the guards opened the van door he fell out, hitting his face on the van’s bumper, after which he had a seizure on the ground.

Read the source article at ksl.com

A Polk County, Iowa jury awarded $12.25 million to a man who underwent a debilitating and unnecessary prostate cancer surgery, which resulted in the shortening of his penis, complete loss of the ability to have an erection, and urinary incontinence.  The Iowa Clinic and pathologist mixed Mr. Huitt up with another patient who actually did have cancer.

Virginia Hoover wept in a courtroom as a judge announced rulings that mean the $1.03 million jury verdict in a lawsuit against the Camarillo hospital that fired her after a workplace injury still stands.

Hoover, 61, sued St. John’s Pleasant Valley Hospital and its parent company, Dignity Health, in May 2016. She was fired in December 2014 after more than 24 years as a radiologic technologist after she hurt herself while preparing for a CT scan.

The injury, suffered in December 2012, brought doctor-ordered restrictions on use of her left arm, including not reaching overhead or lifting more than 15 pounds.

Dominic Esquibel said rangers kicked his severely wounded leg so much, he now needs to amputate his foot.

An iron worker who was horribly injured when he fell 13 feet while working on the Henry Hudson Bridge was awarded $22 million by a Bronx jury after a 10-year battle with the MTA, The Post has learned.

Dad of three Luis Colon was 28 in June 2008 when he seriously hurt his back and neck in the fall from a makeshift platform, where he’d been tightening bolts on the bridge.

Read the source article at globalbankingandfinance.com

Below are 13 legal actions involving the drug supply chain, including pharmaceutical companies, PBMs and distributors, reported by Becker's Hospital Review in the last month.

1. Biotech accuses Dr. Soon-Shiong of orchestrating a 'catch and kill' scheme to protect cancer drug A California biotech claims that controversial billionaire biotech entrepreneur Patrick Soon-Shiong, MD, orchestrated a "catch and kill" scheme to stop development of an experimental cancer drug that may have saved the U.S. healthcare system more than $1 billion.

The total settlement value of securities class actions rose sharply to $5 billion in 2018, driven by five settlements of at least $100 million, according to a report by Cornerstone Research. The report, Securities Class Action Settlements—2018 Review and Analysis, …

R.J. Reynolds was hit with a $16 million punitive verdict Thursday for its role in the lung cancer death of a 53-year-old Florida woman who began smoking when she was a teenager.

Jurors in the state’s Ninth Judicial Circuit found Reynolds liable on defective design claims at trial over the 1999 death of Lois Stucky, who began smoking at 17, and continued for decades.

We have already written about the thousands of Bard hernia mesh cases pending in Rhode Island state court moving swiftly towards bellwether trials. Not to be outdone, the federal Multidistrict Litigation (MDL) cases in the United States District Court for the Southern District of Ohio, before Judge Edmund A. Sargus, are heating up as well.

Insys’ former VP of sales has settled and turned state's evidence in an Arizona kickback suit alleging an executive-driven scheme to buy scripts for the company’s powerful opioid spray, Subsys.

Alec Burkaloff, who pleaded guilty in a Boston courthouse in November on federal racketeering charges, agreed Wednesday to forfeit $9.5 million and admit his role in a plan to induce physicians to write scripts for the company’s under-the-tongue fentanyl spray as part of a paid speaker program he personally managed.

“Individuals like Alec Burkaloff used unlawful business practices to earn millions of dollars and to fan ... 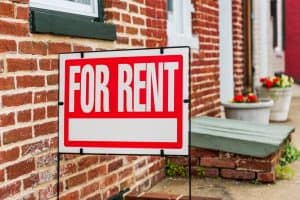 A 74-year-old woman facing eviction from the one-bedroom Bronx apartment she has lived in for 30 years now has someone fighting on her side. She qualified for a first-ever program that provides free legal services to low income tenants facing eviction. NPR's Jenifer McKim has more on the legal aid program that's the first of its kind in America.

The New York Appellate Division of the Supreme Court, First Department recently confirmed the legality of properly structured litigation financing agreements. In Cash4Cases, Inc. v. Brunetti, 90 N.Y.S.3d 154, 155 (1st Dep’t 2018), the defendant, appealing from the grant of summary judgment in favor of plaintiff Cash4Cases, Inc., which was seeking to enforce the agreement pursuant to which it purchased an interest in the defendant’s personal injury litigation, argued that the agreement was usurious and unconscionable given the excessive interest rate. However, the appellate court unanimously affirmed the Supreme Court’s judgment in favor of ...

Read the source article at Lexology

Dozens of women are suing Sharp Grossmont Hospital in La Mesa, Calif. for allegedly recording them without their knowledge as they received medical attention.

Bakov v. Consolidated World Travel, Inc. is the latest salvo in the conflict over whether the Supreme Court’s personal jurisdiction decision in Bristol-Myers Squibb applies in the class action context. As we have blogged in the past, Bristol-Myers concerned claims in California state court made by non-California residents, claims that were not sufficiently connected to California to qualify for specific personal jurisdiction on their own.