A settlement binding all potential plaintiffs may be the only practical way of ending nearly 2,000 lawsuits against manufacturers, distributors and retailers of addictive opioid painkillers, said plaintiff lawyers attending a conference on opioid litigation this week.

Some 1,200 lawsuits are gathered in the court of U.S. District Judge Dan Aaron Polster in Ohio under federal rules on multidistrict litigation. Another 500 lawsuits are proceeding in state courts around the country, and President Trump has called for the federal government to join in with its own lawsuits.

Asbestos defendants including Ford Motor Co., Honeywell, Bayer Crop Sciences and Dow Chemical’s Union Carbide failed to convince New York’s highest court to intervene in a long-running fight over how the New York City asbestos court known as NYCAL does business, leaving them with few options as hundreds of lawsuits march toward trial in the plaintiff-friendly venue.

Plaintiff lawyers have targeted solvent companies with increasingly remote links to the asbestos industry as they have driven the primary manufacturers and distributors of the deadly fiber into bankruptcy. NYCAL is home to one of the country’s largest asbestos dockets and a primary battleground for the more than 300 solvent companies seeking to avoid the same fate as bankrupt manufacturers. The American Tort Reform Association has, in recent years, maintained the jurisdiction is a "Judicial Hellhole" in its annual report.

Residents of Lumberton, a small city near the North Carolina coast, claim that the CSX railroad’s refusal to allow officials to berm a rail underpass ahead of Hurricane Florence allowed a catastrophic flood to submerge their homes and businesses.

In a class action filed on Monday, the plaintiffs claim that during and after the hurricane, water from storm-swollen rivers flowed unimpeded through the underpass, which passes beneath Interstate-95 and cuts directly through a city levee.

In Clemens v. New York Central Mutual fire insurance company , the judge cut $900,000 in attorney's fees to zero. The Pisanchyn Law Firm appealed, but the U.S. Third Circuit Court of Appeals affirmed. Actually, it was worse than that. The panel called the fees "grossly excessive." The lawyers billed 562 hours to prepare for a one-week trial.

It really bothered the appeals court that the firm didn't keep contemporaneous time records, and instead recreated them. "Astonishingly, counsel then attempted to recover attorney's fees in the amount of $27,090 for the 64.5 hours it supposedly took to reconstruct the time records,"

At issue is whether New York City should be forced to enforce its own health and safety codes and animal cruelty laws even if it impinges on religious freedom.

In 2015, a group of animal rights activists filed a lawsuit in the New York Supreme Court asking the court to compel New York City to enforce more than a dozen health, safety and animal cruelty laws the plaintiffs argue are violated during the ancient ritual known as Kaporos.

Kaporos involves waving a chicken over one's head while reciting a prayer for forgiveness. The chicken is then killed.

A 65-year-old woman who had to have both legs amputated after being run over by a New Jersey Transit bus more than two years ago settled her lawsuit against the agency for $10 million, one of her attorneys said.

Claire Dertouzos, of West Orange, was hit as she attempted to cross Mount Prospect Avenue at Heller Parkway in Newark on May 28, 2016.

The bus driver, who was making a left turn, alleged he didn't see Dertouzos before the vehicle's rear wheels ran over her legs as she was in the crosswalk.

She worked as a content moderator, looking for objectionable content to flag for removal. What she saw -- "videos, images and livestreamed broadcasts of child sexual abuse, rape, torture, bestiality, beheadings, suicide and murder" -- caused her psychological trauma and post-traumatic stress disorder.

In a new lawsuit filed in California, Scola alleges the social media giant is to blame for negligently failing to maintain a safe workplace. She's not the only one; it's a class action.

A group of gadolinium poisoning lawsuits, consisting of at least 21 claims, are pending in a variety of U.S. District Courts. Plaintiffs petitioned for the U.S. Judicial Panel on Multidistrict Litigation (JPML) to consolidate the cases into a single gadolinium toxicity MDL.

The use of gadolinium contrast dye is common to help diagnose a variety of conditions during an MRI scan. Unfortunately, a number of lawsuits have been filed over problems with gadolinium contrast dye, alleging serious or even permanent side effects when the dye remains in patients’ bodies far beyond the MRI—for months or even years after use. Those who have suffered side effects of the dye after its use during an MRI may be able to file a gadolinium poisoning lawsuit .

A lawyer representing families of six women slain by a serial killer in Cleveland says the City of Cleveland has agreed to pay $1 million to settle a lawsuit over the deaths.

Attorney Terry Gilbert said Monday the payout is part of a settlement in the lawsuit alleging a police detective failed to thoroughly investigate a woman's 2008 complaint that Anthony Sowell attacked and raped her. Sowell was convicted in 2011 of killing 11 women whose remains were found in 2009. He was sentenced to death.

Ohio serial killer Anthony Sowell was sentenced to death on August 12, 2011 after being convicted of murdering 11 women and dumping their remains around his Cleveland home.

Read the source article at mrt.com

Four men who said they were sexually abused as boys by a teacher at a Brooklyn Catholic church have reached a $27.5 million settlement from the Diocese of Brooklyn.

The men will each receive about $6.8 million.

Illinois-based AbbVie is under fire from California’s Insurance Commissioner over allegations of a kickback scheme to support sales of blockbuster rheumatoid arthritis treatment Humira in the state.

Read the source article at biospace.com

The Supreme Court’s decision was filed on Sept. 6 and ruled that the 5th Judicial District in Twin Falls County did not err by denying defendant St. Luke’s Magic Valley Regional Medical Center's motion for mistrial.

Plaintiff Joyce Herrett was hospitalized at St. Luke’s in 2013 when she required a central venous catheter (CVC) removal. The nurse who performed the procedure testified that she had never removed a CVC before and consulted her supervisor, who allegedly told her "just to pull it out slowly." Herrett “suffered a stroke resulting from an air embolism introduced during the removal of the CVC. 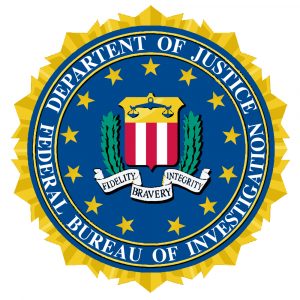 The attorney for Christine Blasey Ford, the woman accusing Supreme Court nominee Brett Kavanaugh of sexually assaulting her when they were teenagers, says she wants the FBI to investigate the charges before she'll testify to Congress. She told CNN's Anderson Cooper that Ford has been forced into hiding because of death threats made against her since her name was revealed. 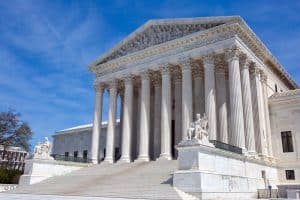 President Trump's nomination of Brett Kavanaugh to the Supreme Court has reached a barrier that may not be surmountable: A college professor is accusing Kavanaugh of sexual assaulting her while they were teenagers. Some analyses at The Week offer insight into the GOP's dilemma. Scott Lemieux wonders why Republicans are adamantly standing by the troubled nominee. His argument is that the GOP could easily find someone else on The Federalist Society's Top 25 list to replace Kavanaugh and have them approved before the midterm election. Meanwhile, David Faris writes that The American judiciary is in serious trouble, and accuses Republicans of abusing their power:

The GOP's abuse of its power of judicial appointments is so widespread at this point as to feel commonplace, and it goes far beyond the behavior of Vichy Republicans in Congress. Party elites at all levels are acting like bank robbers feverishly stuffing stacks into sacks even as they hear the sirens approaching in the distance.

Read the source article at telegram.com